10 things to love about America 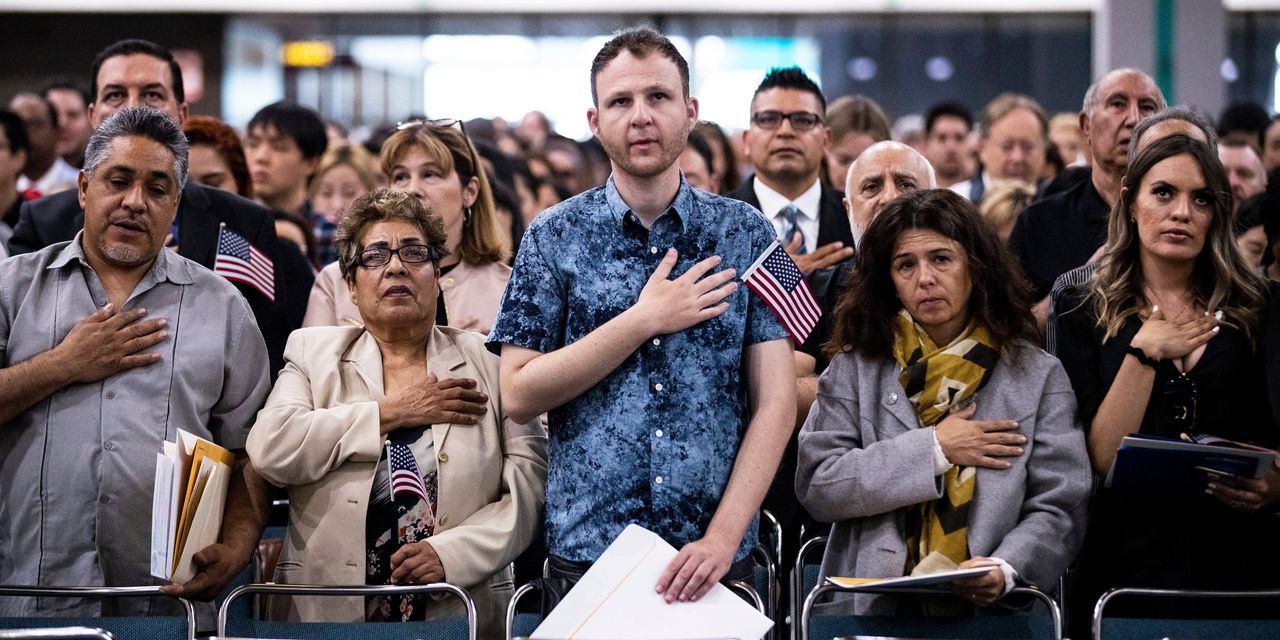 Amjad Masad arrived in America in January 2012. He was from Amman, Jordan, and was 24 years old. He came because his father, a Palestinian immigrant to Jordan and a government official, bought him a computer when he was 6 years old. Amjad fell in love and discovered his true language. He studied computer history and fell in love with the United States and Silicon Valley. He imagined the latter as a futuristic place with flying cars and floating buildings. He saw the 1999 movie “Pirates of Silicon Valley,” about Steve Jobs and Bill Gates, and decided America was where it needed to be.

His memory of arriving at John F. Kennedy International Airport is confused, but what he saw from the bridge to Manhattan was unforgettable: the New York skyline twinkled in the distance. It was like a spiritual experience. He was there.

He moved to New York, worked at a startup, then moved west – he needed to be in Silicon Valley. Five years ago, he became the co-founder and CEO of Replit, a company that offers tools for learning programming. It employs 40 full-time people and 10 subcontractors.

Tuesday afternoon, Mr. Masad, who became a citizen in 2019, thought of the 10th anniversary of his arrival. He was so grateful for three things: a business, a family, a house. He and his wife and business partner, Haya Odeh, also from Jordan, started talking about America. At 3:56 p.m. ET, he posted a Twitter feed.

“I landed in the United States 10 years ago with nothing but credit card debt. After a startup exit, a lot of technological work and a unicorn, I sincerely believe that it would not have been possible elsewhere in the world. Here are 10 things I love about this country:

“1. Work ethic. The first thing I noticed was that everyone, no matter what their profession, took pride in doing a great job, even when no one was watching. I asked people : “Why put everything in a job even if it is apparently ungrateful?” And it was like asking the fish “what is water?

“2. Absence of corruption. In my 10 years in the United States, I’ve never been asked for a bribe, and it’s surprising. When you know that you can predictably keep a significant portion of the value you create and that no one will arbitrarily stop you, it’s easier to be ambitious.

“3. Win-win spirit. People don’t try to cheat you on business, they play the game for the long haul and line up the incentives so that everyone wins. This is especially evident in Silicon Valley where you can’t underestimate anyone because one day you might work for them.

“4. Reward talent. From sports to engineering, America is obsessed with the fair rewards of talent. If you are good you will be recognized. The talent market is dynamic: if you don’t feel valued today, you may find a better place tomorrow.

“5. Open to weirdos. Because you never know where the next technological, athletic, or artistic innovation will come from, America has had to be open to the weird. The bizarre thrive without being crushed. We employ people with the most interesting backgrounds – from dropouts to artists – they’re awesome!

“6. Forgiveness. Weird and innovative people have to show themselves off, and as part of that, they’re going to make mistakes in public. The culture here values ​​authenticity, and if you are authentic and open to your failures, you will have a second and third chance.

“Seven. Basic infrastructure. Americans take care of their public spaces. Parks are clean, subways and buses run on time, and utilities and utilities just run. Because life can be livable. for a time with no income, it was possible for us to quit our jobs and start our business.

“8. Optimism. When you enter the United States, you experience a palpable sense of optimism. People believe that tomorrow will be better than today. They do not know where progress will come from, but that is why they are open to differences. When we started, even unbelievers encouraged us.

“9. Freedom. This is clearly a cliché, but it is absolutely true. None of the above works if you aren’t free to explore and tinker with, build businesses, and roam freely. I always find it amazing that if I follow the law and others that I can do whatever I want without being coerced / restricted.

“ten. Access to capital. It is much more difficult to innovate and try to change the world without capital. If you have a good idea and a good experience, then someone will be willing to bet on you. Respect entrepreneurship in this country is inspiring. And that makes everything turn. “

I received the email thread and thought: Beautiful. So much on the list is what I see. Worker: In my town, everyone, from bicycle delivery men to masters and mistresses of the universe, work as rental mules. And, one way or another, most touching, that we are open to weirdos: we always have been; it’s in our DNA; that explains a lot of our politics and our culture; it’s good that it continues. “It’s us.”

At the end, Mr. Masad said he was speaking in a general way, that character boundaries do not invite nuance, that there is no appeal to remain self-satisfied, that anything can. to be improved. But he added a warning: “A lot of the things I have spoken of are threatened, largely by people who don’t know how special they are. America is worth protecting and realizes that progress can be made without destroying what makes it special. “

The thread went viral and was swallowed up by comments. The response, he said by telephone Wednesday from his home in Palo Alto, Calif., “Has been overwhelmingly positive.” Tellingly, “the majority of really positive, heartwarming and enthusiastic comments come from other immigrants. They add what they like to the list. He noted the number of Americans born in the country telling him, “Wow, that’s an outside perspective that I don’t have. ”

Mr. Masad had the most hindsight on infrastructure. He held on. When he arrived in New York City, Central Park was a beautifully maintained gem, and on the streets he enjoyed “music, the arts, free concerts, random popups, all free and open to everyone.” By infrastructure he also meant our system of laws and arrangements. “When we started the business, we got our health insurance through ObamaCare,” in order to keep costs down. It worked.

Either way, the thread was a breath of fresh air.

Over the past few years, perhaps decades, we have become an increasingly cursed people. As a nation we sink into a state of permanent depression because of our failures and shortcomings and what we imagine, because we are kept being told, is the innate wickedness of our system, which prevents righteousness to happen and life to be good.

Maybe we got carried away. Maybe we are wrong. Maybe those who are new here and who watch us with new eyes see more clearly than we do. As long as our immigrants talk like this, maybe it will continue. What a welcome thought. Thank you Amjad Massad.

God bless all Americans old and new, here by birth, creed, or both, as we arrive together in an unknown place called 2022. Let’s keep our eyes fresh, shall we?