10 things to remember from X before watching Pearl 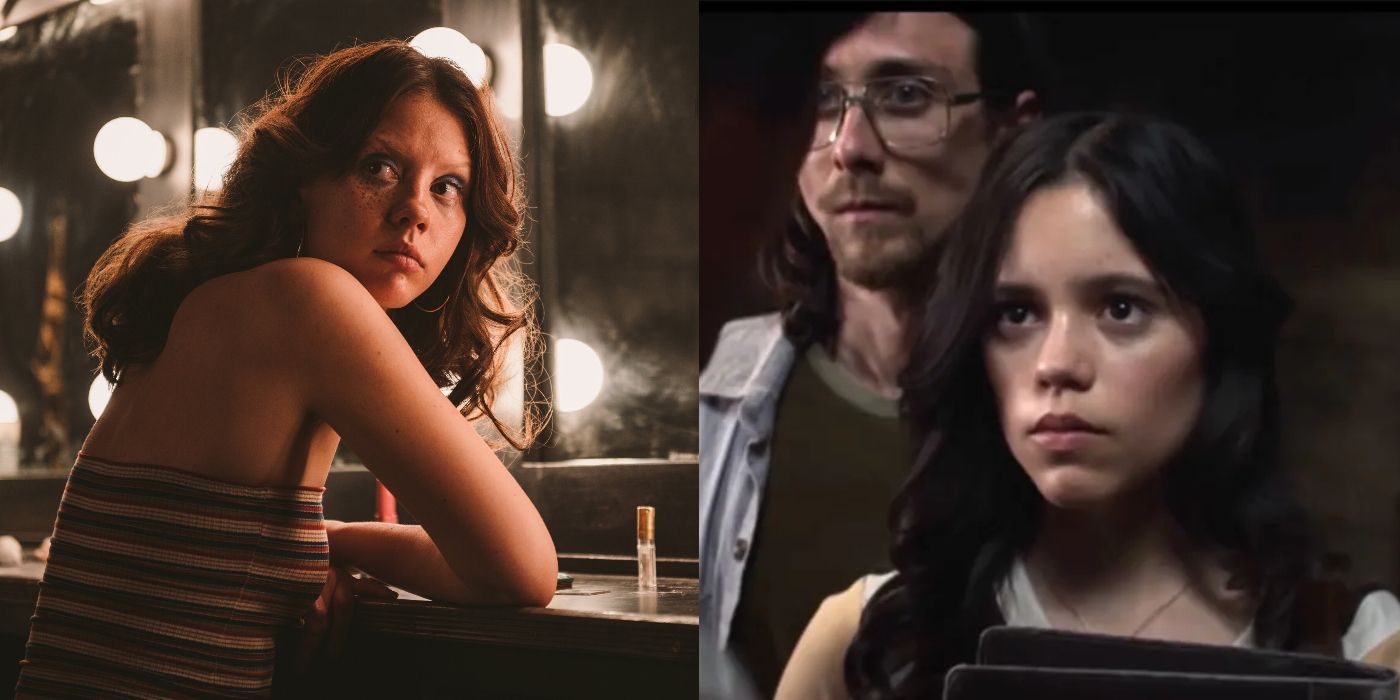 Ti West shared at the 2022 Toronto International Film Festival that X will be a trilogy and that MaXXXine will be the third film after pearl. In the prequel in theaters September 16, Mia Goth’s elderly character Pearl is a young woman who wants to be famous and starts killing people. Audiences will learn how Pearl becomes the terrifying yet vulnerable person that she is.

Before seeing pearlthere is a lot to remember about Xfrom the terrible things that happen to the main characters on the set of an adult movie to the way Pearl targets Maxine, of whom she’s super jealous.

Even though Pearl is the killer, she’s still one of the friendliest X characters while the audience is left in their thought process and feelings. Pearl is devastated that her husband Howard keeps telling her that they can’t have sex because her heart is weak. This is the most important moment of X as Pearl takes out her frustrations on the people staying in her home.

Pearl is a more complicated villain than most, which is what makes X such a demure slasher that feels more fascinating than the rest. Pearl lives with the belief that Howard no longer loves her or finds her attractive, and she struggles with that.

Pearl tells Maxine that she misses her youth.

Audiences should also remember that Maxine is scared of Pearl before anyone else, as Maxine is sitting in Pearl’s kitchen and Howard and Pearl make her uncomfortable. Pearl shares that she no longer feels beautiful and misses being as young and pretty as Maxine.

Although Maxine can never guess what will happen to her co-stars, she realizes that something is wrong with Pearl. The connection between these two characters is fascinating because Pearl wants to be Maxine and Maxine wants to be adored, but she certainly doesn’t want to be looked at like that.

Pearl wants to sleep with RJ and kills him

As X progresses, it becomes clear that Pearl craves human connection and that if someone won’t sleep with her, she gets so angry that she kills them. In a shocking scene, Pearl tries to have sex with RJ, who says no, then kills him.

As the body count mounts in the film, it becomes clear that Pearl is incredibly dangerous, and RJ’s death is an early reminder that staying here was the worst idea possible. X is scary and seeing the unsuspecting RJ lose his life is horrific.

Howard and Pearl teamed up

Whereas X uses horror tropes, Howard and Pearl make a surprisingly deadly duo. In one scene, Howard kills Jackson, which proves that Pearl is not acting alone and that her husband, in a strange and gruesome way, shows his love for her by joining in her evil plans.

The couple feel lost, heartbroken and stuck in their country home, and they would do anything to feel young and attractive again. For them, this means killing the youngsters staying at their guest house. X is a smart, slow-burn movie, and it’s chilling to learn more about this terrifying motivation.

Howard locks Lorraine in the basement

Lorraine is one of the greatest characters in X as she wonders why everyone is making an adult movie, then slowly becomes intrigued by the idea of ​​starring in it herself. Maxine is the last girl in the movie, but Lorraine has her own journey when Howard throws her into the basement and she realizes she has to use her strength to get out.

Fans feel Lorraine’s fear and realize she might not make it out alive. Audiences should also remember that Lorraine is about to escape, as she comes out of the basement and up the stairs. But in a startling moment, Lorraine stands outside the front door and Howard shoots and kills Lorraine. It’s tragic to see this sweet character die.

Pearl kills Bobby-Lynne, who is eaten by an alligator

One of the most horrible X Death is when Pearl throws Bobby-Lynne into the lake near her house, straight into the waiting mouth of an alligator. This is an unexpected way for her to die, which suggests that in pearlthere will be brutal, crude death scenes that stand out from the typical slasher movie kills.

This death scene is powerful, proving that no one is safe from Pearl and Howard. This moment also contributes to the eerie atmosphere and the feeling that it is inevitable that anyone staying in their guest house will lose their life.

Pearl is jealous of Maxine, who wants to be a movie star.

pearl focuses on the young character’s dreams of being a star and the steps she takes to try to be a well-known actor. From the trailer, it’s clear that it’s not working for her, even though she’s trying her best.

Fans should remember that Pearl is incredibly envious of Maxine for her youth, but also for the fact that she’s doing what Pearl wanted: working towards an acting career that will make people stop and notice her, wherever she goes.

Pearl and Howard have done it before

When Lorraine spends time in the basement, she sees a corpse, a terrifying sight which is one of the scariest moments in the film. Lorraine and the audience realize this at the same time: Pearl and Howard have killed before and plan to do so in the future.

X Brilliantly proves that this elderly couple are fed up with people judging them and acting like they’re at an advanced age, so there’s nothing more they can do. Pearl wants to be desired like she was when she was younger and Howard also experiences Pearl’s painful emotions. No one expects Pearl and Howard to kill anyone, which makes it even scarier.

Pearl is one of the smartest X characters and before she talks to Maxine in her kitchen, she watches her from afar. The fact that Pearl sneaks up and watches her is significant, showing how much Pearl longs for the days that are now gone.

This is important because Pearl does not treat all of his victims the same. While her murder of RJ appears to be random, as well as the moment she throws Bobby-Lynne into the lake, Pearl thinks carefully about Maxine before approaching her.

Pearl and Howard both die

fans of X should also remember that neither Pearl nor Howard make it to the end of the movie. Pearl injures her hip and asks Maxine to help her, but Maxine knocks her down before departing to freedom and safety. Lorraine scares Howard, whose heart gives out after all and who dies.

pearl details how the character starts killing people and also explains why she feels so disappointed with how far her life has come. The prequel is compelling because it’s possible to feel sympathy for Pearl and all she’s lost while knowing she’s evil and has terrible thoughts.

NEXT: 15 Best Horror Movies On Netflix, According To Rotten Tomatoes