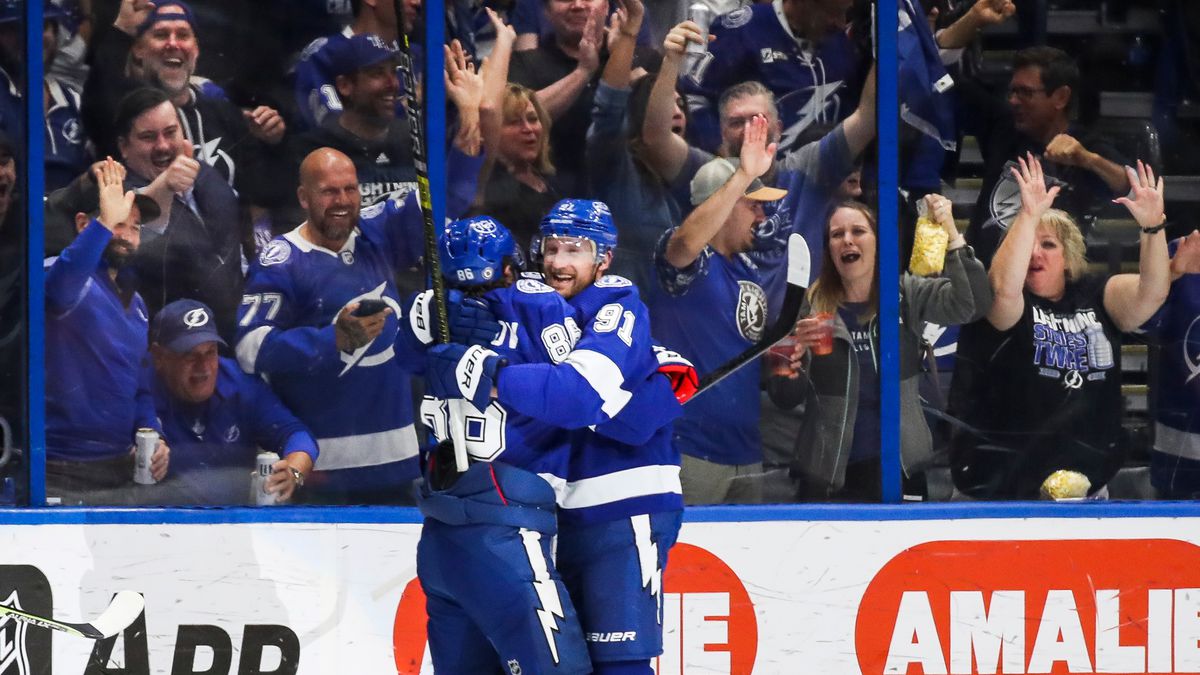 TAMPA – The Lightning are playing like they’re playoff ready. And with two games remaining on the regular season schedule, they’ll need that energy heading into next week’s first-round series.

Here are three things we learned from Tuesday’s win:

The stars maintain their firepower

Nikita Kucherov played with persistence as he battled Columbus defenseman Vladislav Gavrikov for possession of the puck in the offensive zone.

The winger got rid of the puck and immediately found Steven Stamkos, who fired from the right side and sent the rubber flying past goaltender Elvis Merzlikins to take a 3-1 lead with 12:31 to go. second period.

The goal meant more than extra cushion for the Lightning as Stamkos scored his 100th point of the season, a career high for the NHL veteran.

“A special moment…something I’ve never done before,” Stamkos said. “I came close enough to do that in 14th grade – I think I’m just more proud of the fact that I probably proved a lot of people wrong. It’s the people who always believed in me that make those moments pretty special because you can’t stop thinking about them when you’re doing something cool like this.

#GoBolts‘ Stamkos reached 100 points this season for the first time in his career. “Stamko! » chants resound from #TBLightning Fans. pic.twitter.com/RnQYc9kvrD

Kucherov said the team is talking about Stamkos approaching the milestone leading up to Tuesday’s game. Getting the mark in the last home game of the regular season was also on the players’ minds.

“We were talking about it like maybe it would be nice to have it at home and it’s going to happen today,” said Kucherov, who had one goal and three assists. “…You try to play the right way, don’t force plays and play the right system.”

Stamkos’ four-point night (two goals, two assists) was the fifth straight game in which he recorded at least three points.

the #GoBolts tribute video to Hedman, who hit 600 career points tonight. #TBLightning fans give him a standing ovation pic.twitter.com/aZ7hKjEU3J

Columnist John Romano will be sending out the latest Rays news and analysis to keep you up to date each week during the season.

You are all registered!

Want more of our free weekly newsletters in your inbox? Let’s start.

Explore all your options

“It was a great last week with a lot of milestones,” said Stamkos, who recently passed Marty St. Louis as the franchise’s most prolific scorer. “That probably means two things, doesn’t it?” Like guys have really good seasons and we are getting older. … Heddy and I have been best friends for 18, 19 years, so it’s just an honor to play with him and call him my friend. …It’s not even close to being done. It’s incredible.”

Over the last five games, the trio Stamkos, Kucherov and Hedman have accumulated 42 points (13 goals and 29 assists).

Erik Cernak “seems to be fine”

Lightning defenseman Erik Cernak spends a good chunk of his minutes on the team’s blue line, night after night.

So when he took a deflected puck to the face — which already has a few stitches from Sunday with Florida’s Ryan Lomberg — on a shot from Columbus’ Jack Roslovic, there was some concern.

Cernak immediately dropped his stick and quickly skated to the bench, grabbing a towel, before disappearing into the tunnel with less than 9:01 left in the first period.

#GoBolts update on Cernak: he will not come back against #CBJ https://t.co/gCwkMzF1q7

Midway through the second, the team announced he would sit out, forcing the Lightning to finish with five defensemen.

“He’s had a tough week,” coach Jon Cooper said. “The poor kid. He seems fine, but he’s just unhappy with what happened to him tonight.

The Lightning rested defenseman Jan Rutta out of “excess caution,” according to assistant coach Rob Zettler. Rutta played 7:48 minutes against the Panthers on Sunday with just two shifts apiece in the second and third periods.

Rutta’s absence forced the Lightning, which has 21 players on its roster, down to 12 forwards and six defensemen for the first time since the April 19 loss to Detroit.

The format returned to bite the Lightning a bit when Cernak left the game, but otherwise the team didn’t struggle. Defensemen Ryan McDonagh, Hedman, Cal Foote and Mikhail Sergachev each posted at least 20 minutes of ice time.

Sign up for the weekly Rays Report newsletter to get fresh insights on the Tampa Bay Rays and the rest of the majors from sports columnist John Romano.