9 Best Things To Do In Rome, According To Locals 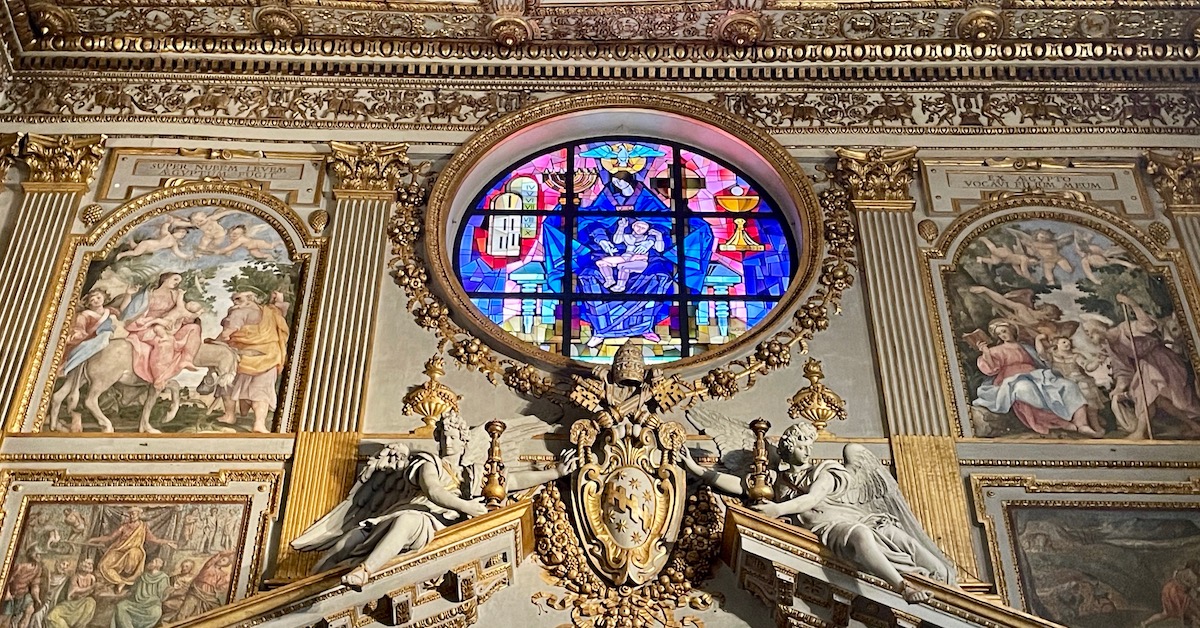 A few months ago I went to Rome to visit an American friend who had moved there a few years ago. I had seen almost all of the well-known tourist attractions such as the Colosseum, Trevi Fountain, Spanish Steps and the Vatican, but was unaware of the more local and off the beaten path sites. My friend was kind enough to play tour guide and took me to the places listed below, most of which I had never been to before.

Located on a busy shopping street near the Colosseum is a hidden palace, Palazzo Doria Pamphilj. Built in 1644 for Pope Innocent X, the palace is still privately owned by the Doria Pamphilj family, who also live on the upper floors. It is the largest private house in Rome and also has the largest private art collection in the city. It contains more than 400 paintings and sculptures from the 15-18and century by artists such as Velázquez, Bernini, Caravaggio, Raphael and Tiziano.

Many rooms still have period furniture, rugs and tapestries, and you can also visit the former private chapel. The palace is separated into two parts open to the public. The gallery, which mainly displays works of art and sculptures, is divided into a series of rooms. The Jupiter Room includes works by artists JB Weenix, GB Giovannini and G. Contarini from Jupiter and Venus. The Poussin Room features impressive landscape paintings dating as far back as 1654. There is also the Ballroom; the Velvet Room, with walls covered in damask velvet; the Velasquez cabinet, which exhibits a portrait of Pope Innocent X by Velasquez from 1650 and other masterpieces; and the Hall of Mirrors, similar to that of the Palace of Versailles outside of Paris. The other part of the palace is made up of the Private Princess Apartments, a series of seven rooms decorated in different styles or with period furniture and objects.

I’ve visited many quirky museums around the world, including a handbag museum, a counterfeiting museum, and an Edith Piaf museum in a private apartment in Paris, but the balloon museum tops my list of unusual museums. It is the first (and probably the only) museum in the world dedicated to the art of balloons and inflatables. The current exhibition let’s flyuntil March 5, 2022, is a fun, interactive game for all ages.

Pro tip: The balloon museum is highly recommended for children.

Although Rome has incredible historical art across the city in dozens of museums, it never had a contemporary art museum until recently. MAXXI – National Museum of 21st Century Art is the first museum in Rome that focuses specifically on contemporary art and sculpture. The remarkable building on the outskirts of Rome, which opened in 2016 and took nearly 10 years to construct, was one of the last projects completed by Pritzker Prize-winning architect Zaha Hadid before his death in 2016. The permanent collection includes works by Italian and international artists. including Kiki Smith, Carlos Scappa, Vanessa Beecroft, Ed Ruscha, Gerhard Richter and Anish Kapoor. Current exhibits, as of March 2022, include Amazonan astonishing collection of black and white photos of the Amazon by Brazilian photographer Sebastiao Salgado, until April 22; Good News – Women in Architecture, until September 11; and Casa Ballaa futuristic house in Rome where Giacomo Balla lived and worked from 1929 until his death in 1958, until December 31.

One of the highlights of the basilica is how often the pope visits and officiates the rites of the Assumption of Mary on August 15.

Pro tips: Part of the basilica is a museum that tells its story and displays historical works of art by important Italian artists. In addition, one of the main train stations, Roma Termini, is a 5-minute walk from the basilica.

Just down the street from the Basilica di Santa Maria Maggiore, locals patiently line up for some of the best pastries in Rome at Regoli Pasticceria. Founded in 1916, the century-old bakery offers freshly baked traditional pastries such as cannolis, tiramisu, jelly-filled pies, sfogliatella, amaretti and biscotti. Their prized specialty is the Maritozzi, a heavenly creation of a donut-like pastry stuffed with the lightest whipped cream. You can also have a cappuccino or an espresso on the tables outside or in the indoor café.

An interior courtyard in an office building near the Trevi Fountain features a series of inspired frescoes. The Galleria Sciarra, built between 1885 and 1888, has Art Nouveau frescoes, which were painted by Giuseppe Cellini, a famous painter of the time. The general theme is the virtues of women and female angels with scenes illustrating such things as tending the garden, eating lunch at home, musical entertainment, conversation, eating lunch at home and exhorting charity . Another series of female figures represent virtues such as modesty, strength, patience, sobriety, humility, prudence and patience.

Pro tip: Look up and marvel at the glass and iron skylight.

If you are naturally curious and also a bit daring, you have the perfect opportunity in Rome to peer through a keyhole to see a magnificent site. The Church of Santa Maria del Priorato belonging to the Sovereign Order of Malta was designed in the 18and century by the famous architect Gian Battista Piranesi. A bottle green lacquered door has a keyhole and when you look through it you will see a splendid view of a garden and beyond that a perfect view of the Vatican and St. Peter’s Church.

Pro tip: If you wish to visit the gardens, you must send an email to [email protected] and ask to arrange a visit to the Magistral Villa of the Sovereign Order of Malta. They only accept groups of 10 or more and require an English-speaking guide for 100 euros (about $110) in addition to the entrance fee of 5 euros (about $5.50) per person.

For one of the best views of the Colosseum, look no further than Oppio Café. Best known for its daily cocktail hour from 6 p.m. to 10 p.m., Oppio Café offers a full buffet of Italian specialties such as panini, antipasti, pizza, cheeses, charcuterie and biscotti for just 12 euros (about $13), as long as you buy at least one drink. The Oppio Café’s restaurant specializes in grilled meats as well as other popular Italian dishes and an extensive Italian and imported wine list.

I am of Jewish descent and the Jewish Museum and Synagogue were highlights of my trip to Rome. Inaugurated in 1960, the museum traces the first roots of the Jewish community in Rome in Roman times. Beginning as early as 200 BC. J.-C., it progresses until the Middle Ages, then until the Jewish ghetto built in the 16and century to its suppression at the end of the 19and century and, finally, the rise of Fascism, Mussolini and Nazi occupation in the mid-20and century. Other exhibits include artifacts from the five former synagogues, which were demolished in 1908, as well as antique draperies, chandeliers, marble slabs, and photos. Another gallery features rich velvet and silk textiles from the Renaissance and Baroque eras. There is also a section of the museum with ancient marble engravings and sculptures from the 16and century to 19and century, which document Jewish families living in Rome.

In 1986, there was an unannounced visit to the synagogue by Pope John Paul II, who prayed alongside then-Chief Rabbi Elio Toaff. A terrorist attack in 1982 was carried out by five armed Palestinians at the end of Sabbath services, killing a 2-year-old boy.

My ticket also included entry to the Great Synagogue of Rome, a magnificent building overlooking the Arno River, built between 1901 and 1904 after the demolition of the Jewish ghetto. Built in a mixture of classical architectural styles, including Greco-Roman and Egyptian, the remarkable building has a unique feature – a square aluminum dome – the only one in the city, which is clearly visible from many other points. The interior was done in the ornate Art Nouveau style.

For more amazing things to do in and around the Italian capital: