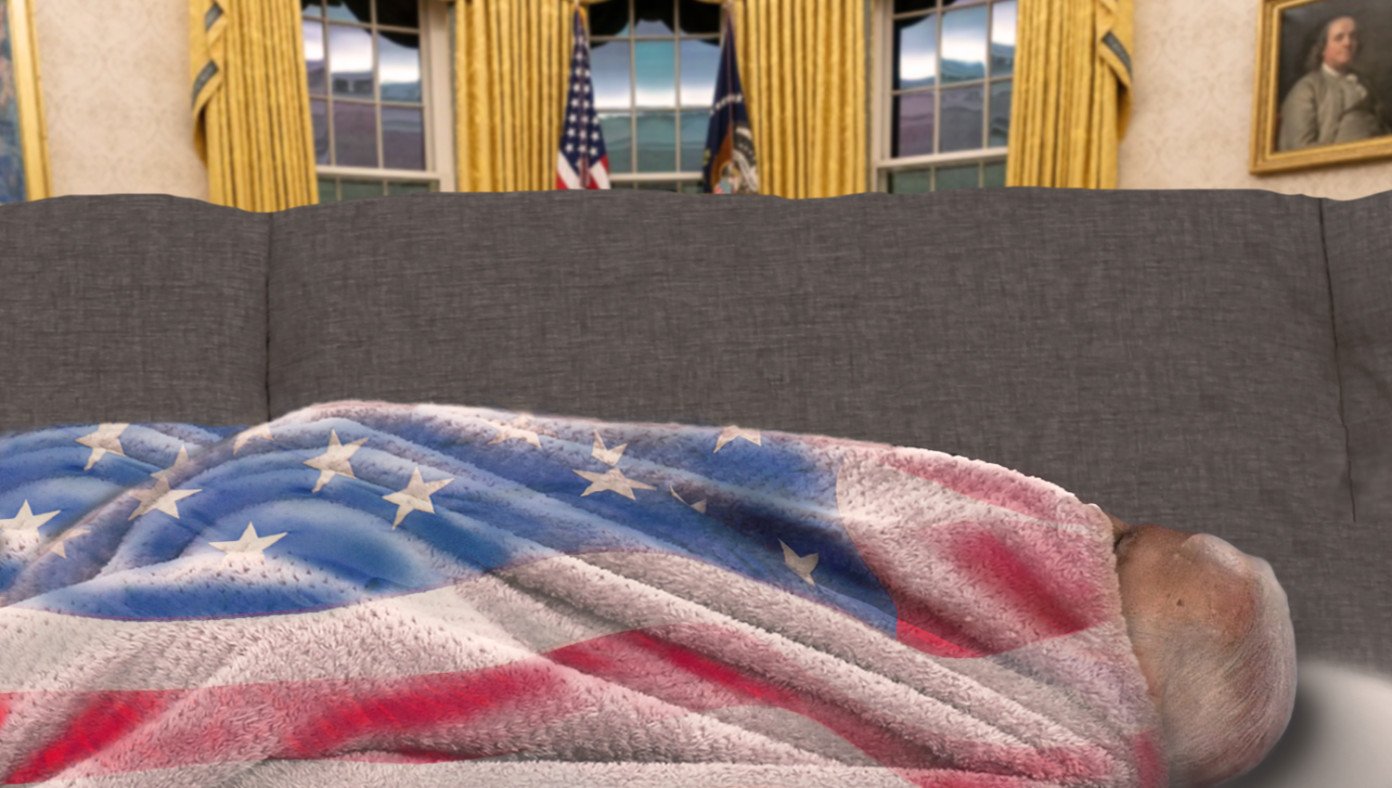 WASHINGTON, DC—Sources say President Joe Biden is complaining that his staff keep draping flags over him every time he takes a nap, apparently mistaking him for a deceased person.

“Hey guys, I’m not dead! I’m just resting my eyes a bit! Know the difference, Jack! said a frustrated Biden. “Every time I take a nap, put your ear close to my nose and you’ll hear me breathing. I might even wake up and sniff you! Come on, man!”

According to unnamed staffers, people often come across Biden while he’s napping on a couch or in the middle of the room, and mistakenly think they’ve come across a body. “It’s the decent thing to do when you see the corpse of a president, to show him honor by draping the stars and stripes over it,” a staffer said. “It’s an honest mistake.”

Other staff say they do it to hide the sleeping president when ambassadors or heads of state are in the White House.

“Sometimes we have to cover for the president,” Vice President Kamala Harris said. “Because he is sleeping. Sleep is when you close your eyes for a very long time. And when you sleep sometimes you wake up. Sleep is important to Biden because he is very old. Old people have gray hair. Biden is sleeping now. Basically, it’s bad.”

Biden could not be reached for further comment as he was sleeping, or possibly dead.

A Babylon Bee subscriber contributed to this report. If you’d like to get involved with The Babylon Bee’s staff writers, check out our membership options here!

In this new ad from the US military, everyone’s favorite branch of the military promotes its new, more diverse and inclusive standards. From gender-revealing grenades to more assertive drill sergeants, the military is leading the way for inclusion!