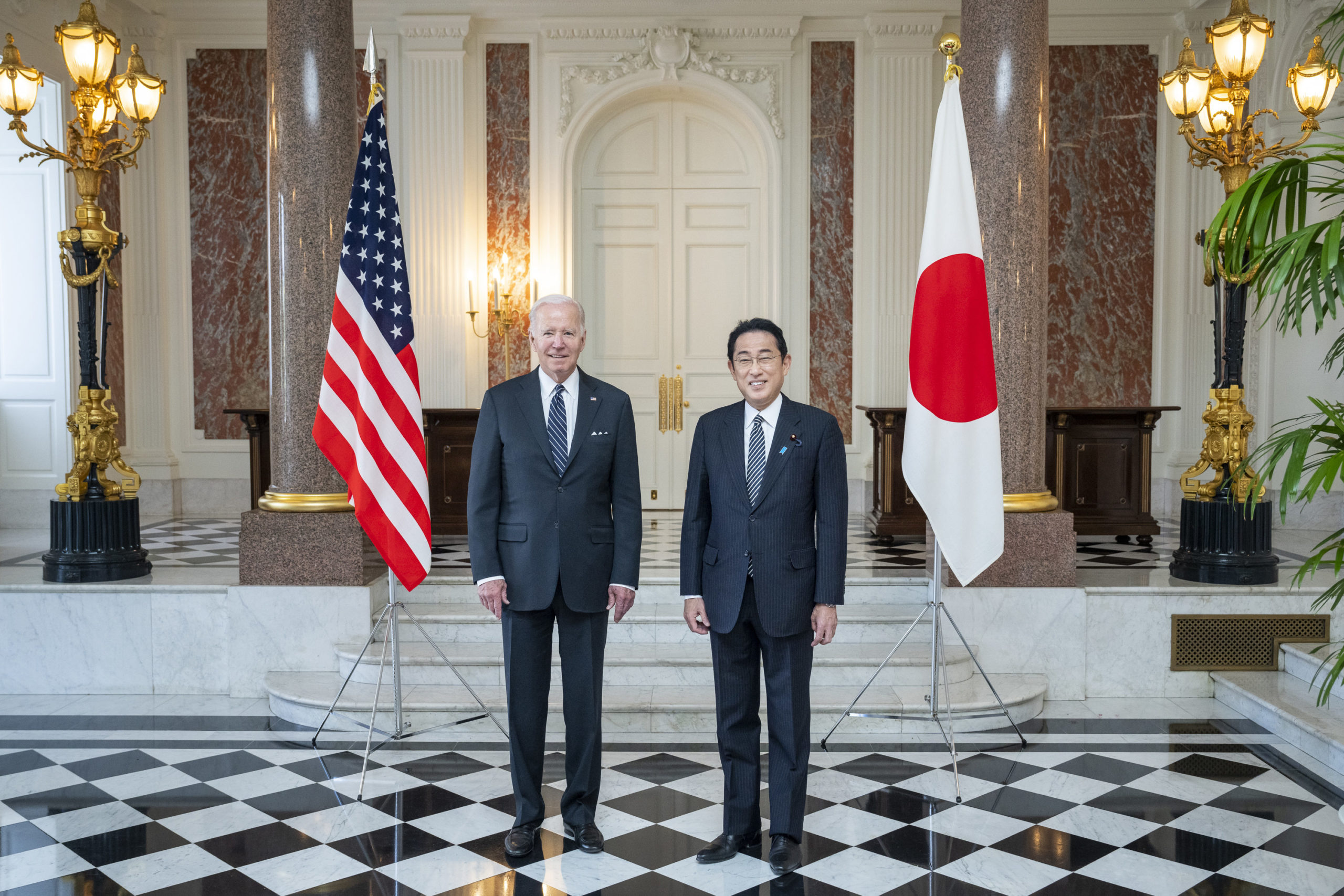 In an address in Japan, President Biden promised that the United States would come to help Taiwan if attacked by China, although he insisted that American foreign policy with the country remains unchanged.

Biden was at a press conference in Tokyo when reporters asked if the United States would step in to help defend Taiwan. He replied, “That’s the commitment we made.”

Contrary to what he just said, Biden continued his statement by adding that the United States maintains its one-China policy, which recognizes Beijing as the sole legal government of China. The president, however, said “the idea that he (Taiwan) could be taken by force…is just not appropriate.”

“It will dislocate the whole region and will be another action similar to what happened in Ukraine. And so, it’s an even bigger burden,” Biden added.

“Biden’s assertion that ‘yes’ the United States would stand up for Taiwan really got the adrenaline pumping in that palace briefing room right now. Then we all try to explain what it all really means” , Smith wrote in a tweet.

It only took a few minutes for the Pentagon to start backtracking on Biden’s remarks. Such flippant outbursts have become an attribute of the Biden presidency. Every time the President slips up and speaks his mind, ritual cleansing procedure follows.

“As the president said, our one-China policy has not changed. We reiterated this policy and our commitment to peace and stability across the Taiwan Strait,” said the Secretary of Defense Austin, asked about the incident, “I think the president has been clear that the policy hasn’t changed.”

“I think the president has been clear that the policy hasn’t changed,” the defense secretary said. Austin tells reporters after Pres. Biden says the United States would intervene militarily if China were to invade Taiwan. https://t.co/Utwes8Jjmh pic.twitter.com/99cN0sbcLm

Biden’s comments on Monday were the latest addition to the long list of times the president has been caught deviating from official talking points. Last March, he called Russian President Vladimir Putin a “war criminal”. A few days later, he was quoted as saying that Putin “can’t stay in power”, essentially alluding to regime change. Biden also called Putin a “murderous dictator” and a “pure thug” who waged an “immoral” war against the Ukrainian people.

Russia did not take the comments lightly, saying the United States had been “russophobic” towards the Kremlin and that the West was trying to tear their country apart because of the harsh economic sanctions the world had imposed on them.

Last Monday’s press conference was also not the first time Biden had said the United States would engage militarily in the defense of Taiwan.

Biden has always been more open about his thinking than most politicians,” David Axelrod said. He had the chance to observe Biden closely while serving as senior adviser to former President Barack Obama.

“Everyone’s strength is their weakness. Its strength is authenticity. His weakness is that he is sometimes more willing than his staff would like to share his thoughts.

This trend doesn’t come as much of a surprise to anyone who has followed Biden’s political career for decades. However, the presidency’s position carries more weight and leaves less room for such errors of commentary.

Biden’s comments drew backlash despite attempts by his aide to backtrack.

“I think the allies are unlikely to see this as a gaffe, even if the White House insists there has been no change in policy,” said policy expert Corey Wallace. Japanese at Kanagawa University.

“Greater U.S. engagement or involvement with Taiwan will certainly be appreciated by Kishida and other members of the Japanese government,” Wallace added.

The president’s remarks appeared to be a reversal of what is known as strategic ambiguity regarding Taiwan, where you don’t tell an adversary exactly what your plans are in a crisis to prevent him from planning your response to the advance.

Following these remarks and feedback from his staff, a reporter asked President Biden if strategic ambiguity was no longer US policy regarding Taiwan,

No room for compromise

“Taiwan is an inalienable part of Chinese territory. The Taiwan issue is purely China’s internal affair which does not allow any foreign intervention,” Wang said.

He also heeded a warning to the United States, saying it should “be careful in its words and actions on the Taiwan issue, and not send the wrong signals to separatist Taiwan independence forces. , so as not to seriously damage China-US relations.” and peace and stability in the Taiwan Strait.

The Chinese are known to be extremely aggressive towards getting Taiwan into their territory. They have launched more and more aircraft into Taiwan’s ADIZ in recent years, with some analysts saying this is a method of depleting Taiwan’s own aircraft fleet.

Anticipating an attack from China, Taiwan has already closely monitored its adversary’s military movements and issued a survival manual to prepare the Taiwanese people for possible war scenarios and how to survive war if, in case China would invade them to enforce its One China doctrine. With Putin’s invasion of Ukraine not going as planned, China continues to watch how the world reacts to the war in Ukraine, perhaps setting its own plans in motion to invade Taiwan in the same way.

If you enjoyed this article, consider supporting our veteran editorial by becoming a SOFREP subscriber. Click here to join SOFREP now for only $0.50/week.