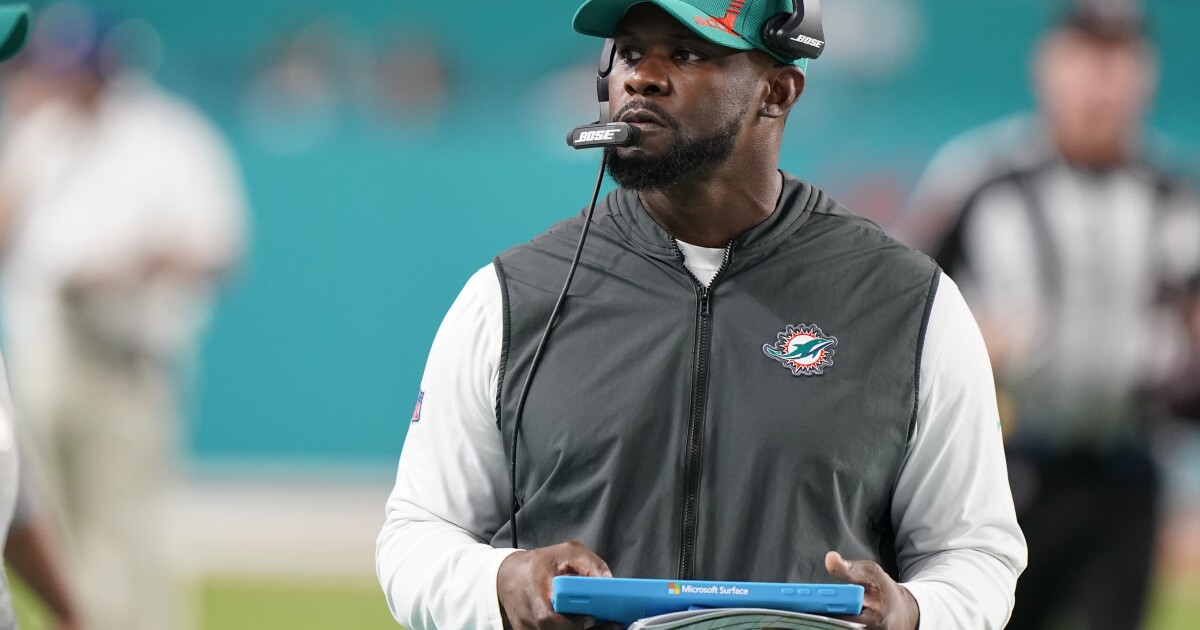 The Giants have never had a black coach, but Flores, a Brooklyn native, hoped they were about to change that by opting to bring him home. The Giants had scheduled an interview with him for Jan. 27.

But the complaint alleges the Giants had already made their pick — Bills offensive coordinator Brian Daboll — days before Flores’ interview, citing text messages Belichick sent to Flores, his former assistant with the Patriots.

It appears Belichick confused his Brians and texted Flores that was meant for Daboll, also a former Patriots assistant.

“Did you hear something I didn’t hear?” said Flores.

“I have an interview on Thursday. … I think I have a chance,” Flores said.

“I get it – I hear from Buffalo and NYG that you’re their guy. Hope it works out if you want it!” said Belichick.

“Coach, do you talk to Brian Flores or Brian Daboll. I’m just making sure,” Flores said.

“Sorry – I f– that up. I checked and misread the text. I think they’re naming Daboll. I’m sorry about that. BB”

Flores still attended a dinner with the Giants’ new general manager, Joe Schoen, on January 26 and was interviewed by the team on January 27.

“Mr. Flores had to give a lengthy interview for a job he already knew he wouldn’t get – an interview that only happened for the Giants to falsely demonstrate to league commissioner Roger Goodell and the general public that it was in deference to the Rooney Rule,” the complaint states. “The Giants would likely have gotten away with this most insidious form of discrimination if [Belichick] had not mistakenly disclosed it to Mr. Flores.