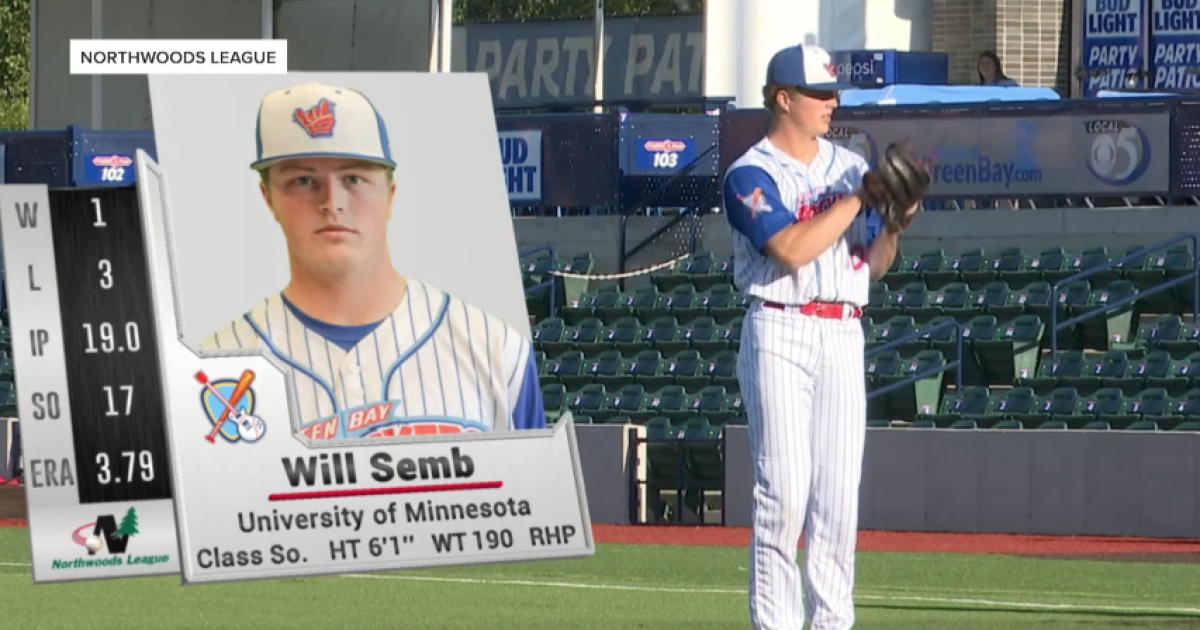 GREEN BAY – The Green Bay Rockers of the Northwoods league are flying over their season, sitting 10-22 overall on Friday night.

Currently, they only have one local kid on their team, pitcher Will Semb who pitched for De Pere High School and now plays for the Minnesota Gophers. He’s enjoying his time with the Rockers and being so close to home.

“When I was younger it was the Green Bay Bullfrogs obviously and just kind of a kid that loved baseball I had always watched them and they seemed to be a lot older back then it was kinda something I wanted to do and now I’m doing what they (did),” he said,

The future junior with the Gophers underwent Tommy John surgery while a junior with De Pere and is still trying to find his groove following his surgery and transfer following a COVID-impacted year with Iowa.

“It was really the first year I got that exposure and I could really get into the games and adapt to everything,” Semb said.

He has a mix of four pitches, a fastball that hits the 90s, a change, a curve and a slider. With the Rockers, he can focus on minor things.

“I’m working on my off-speed stuff,” Semb said. “Coming back from Tommy John it’s something you’re not able to do right away. It’s still something I’m working on, just keep getting better and feeling more comfortable .

For Semb, it’s nice to be close to home and play with players from all over the country.

“It’s really cool. Every day you play to go to work day after day and try different things. A lot of guys come from really big programs from all over the country. You can kind of pick their brains and see what they do and see if it works for you and implement it somehow.

Semb says he has players dining at his family’s house and many of his teammates are surprised at how small Green Bay feels. Freshly graduated Caden Capomaccio of Notre Dame will soon join the Rockers and he will also play with Semb at the University of Minnesota next season.