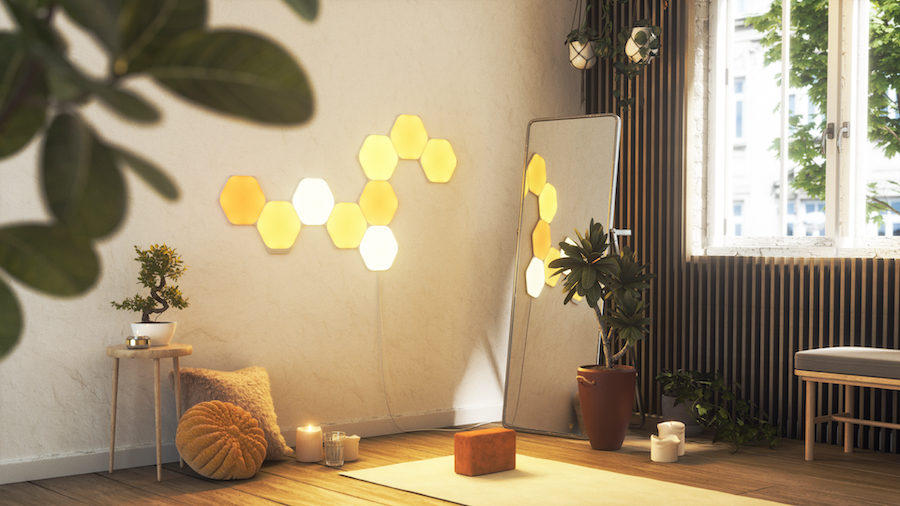 This year looks tough for the smart home. On the one hand, there is the promise of the arrival of the Matter protocol to help solve persistent interoperability problems. On the other hand, we see a wave of businesses shutting down as they assess the post-pandemic landscape.

So now seemed like a good time to talk to Gimmy Chu, CEO of Nanoleaf, a company that makes sophisticated connected light panels, about the upcoming challenges and opportunities for smart devices.

First, prepare for commoditization. With the Matter Protocol, Chu said we will see inexpensive Matter-certified products flooding the market. These products will have basic functionality as defined by the Matter standard and will force existing smart home vendors to up their game or fight for market share based on cost.

The good news from a consumer perspective is that the Matter standard enshrines basic security, so these low-cost devices are less likely to open gaping holes in your home network. Matter also provides local control of basic devices, which means that these products will work even if their parent company goes bankrupt.

As Chu noted, the smart home has been built on sand for years, always moving, whereas with Matter, the smart home will be built on rock, which will make these platforms more stable. That’s a positive, but he also thinks that for consumers, Matter isn’t the flashy tech it’s designed for. “It’s the rock and nobody cares about the rock,” he said. “They care about what’s built on the rock.”

I tend to agree with him. Matter will facilitate collaboration between various devices without worrying about the ecosystem the device is in. This will be useful, but will no longer be a game-changer like when the Matter standard was announced. Especially as the biggest names in the smart home shift from selling individual devices to packaging devices into services, such as security systems or monitoring products for the elderly.

Chu attributes the leap to services as a way for smart home companies to fight commoditization and also provides them with recurring revenue. As I often point out, many smart home companies need some form of ongoing revenue because any connected device requires ongoing cloud and development support throughout its lifespan. Chu agreed, noting that although Nanoleaf does not charge a subscription, the company has a cloud allowing it to work with both Amazon and Google.

“Cloud support was necessary in a pre-matter world,” he said. Indeed, it’s still unclear how much functionality Nanoleaf will be able to transition to local control if the Matter standard doesn’t support more complex scenes and lighting options. Chu said he’s been trying to fight to make those more complicated options part of the standard, but he doesn’t know if that will happen.

Jerome Gackel, the CEO of Eve, expressed a similar sentiment late last year. Gackel said he hopes some of the additional features associated with Eve’s devices, such as power consumption monitoring on smart plugs, will be incorporated into the Matter standard so that consumers who purchase the devices can use them. fully utilize.

But even if Chu’s hopes for full-fledged Scenery support don’t materialize at first, he doesn’t plan to implement some sort of subscription plan to pay for Nanoleaf’s cloud costs. Chu said he’s aware of the pressure to be more like software companies and generate recurring revenue, which many connected hardware companies get from investors, but that’s not something he cares about. In his mind, as long as Nanoleaf continues to deliver new and innovative products, the company will be fine.

When it comes to the Matter delay, Chu wants to see a well-developed standard as opposed to one that was developed quickly. But he also seems frustrated with the wait. “We’ve delayed product launches while we wait for Matter,” he told me.

And when asked what these products entailed, he was suspicious. “We do a lot with sensors,” he said.