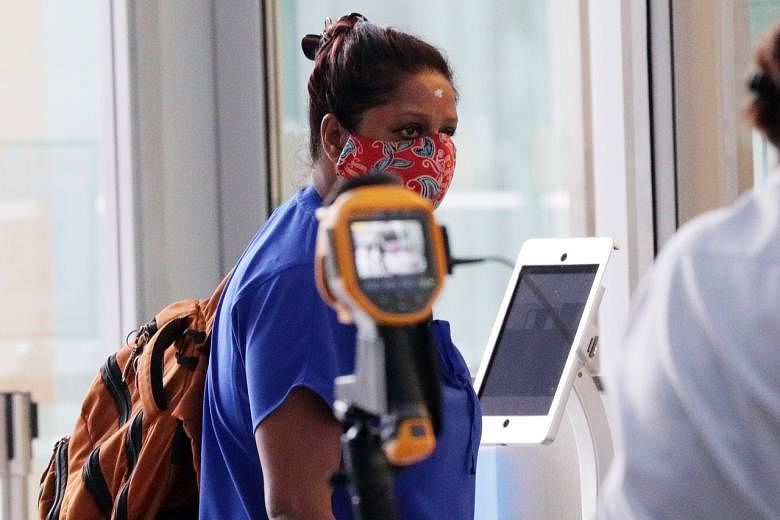 SINGAPORE – A woman who was initially sentenced to seven months in prison for mistreating her domestic worker lost her appeal against her conviction, but her prison term was reduced to four months and six weeks by the High Court on Thursday, December 30.

Both incidents took place in 2017 at Gayathri’s home in the Pebble Bay condominium in Tanjong Rhu Road.

In an incident on October 27, the housewife slapped the maid’s shoulder. Ms Thang Khaw Lam then documented her injuries with a cell phone.

In the second incident on December 7, Gayathri slapped the maid for failing to wake her son, who was then in national service. The slaps caused the maid’s hearing loss for at least a month.

Gayathri was acquitted of the other two charges. She was released on bail pending appeal.

She appealed the conviction, arguing that there were inconsistencies in the maid’s testimony and that the maid’s allegations of mistreatment did not correspond to the fact that she was given Sunday leave every week. and that she was allowed to attend makeup classes.

Gayathri also argued that the maid had a motive for lying because she was caught stealing nail polish by the family and was warned that the police would be called if she continued to steal.

The judge noted that there were “unsatisfactory aspects” in Ms. Thang Khaw Lam’s testimony regarding her allegations that she was starving and malnourished, and that she was confined to the apartment.

Judge Hoo said the district judge kept in mind that the maid may not be a fully credible witness and acquitted Gayathri of two counts.

However, the cleaning lady’s testimony on the other two counts was consistent with all of the circumstances and was corroborated by objective evidence, including text messages and photographs.

Judge Hoo added that even though the housekeeper stole the nail polish and was confronted with it, that didn’t mean Gayathri hadn’t mistreated her.

As to the sentencing appeal, Judge Hoo dismissed Gayathri’s argument for a nine-week jail term.

However, the judge admitted that the individual jail terms of two months and five months respectively for the two counts, as well as the total sentence, were clearly excessive.