From good to first black vice-president of Colombia 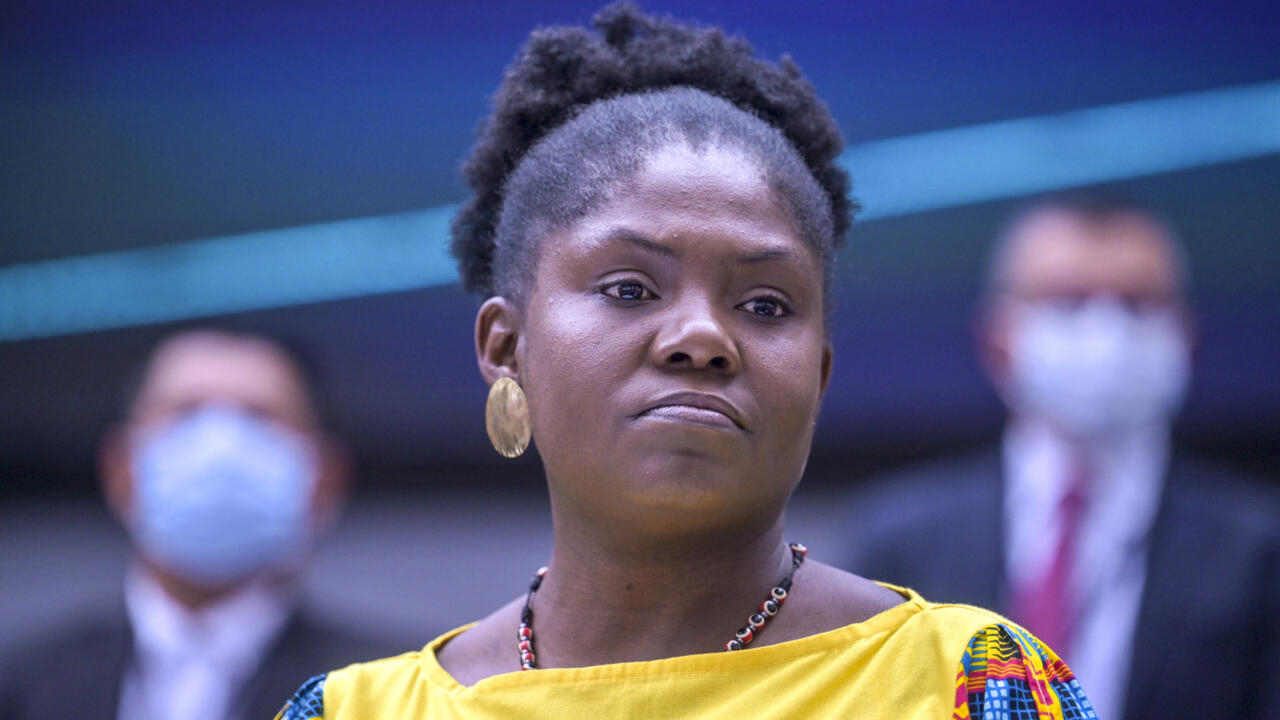 When Colombians elected their first leftist president on Sunday, they also voted for their country’s first black vice president. Francia Marquez, a black single mother who worked as a cleaner before challenging international mining interests as a feisty environmentalist, now becomes Colombia’s first black female vice president. His victory marks a turning point in a country plagued by social inequality and historically ruled by conservative elites.

During the election campaign, she was unapologetically exuberant and dazzling. In brightly colored Afro-Colombian clothing paired with chunky jewelry, Francia Marquez embraced her identity, challenged the status quo and proposed a better future.

“It’s time to move from resistance to power,” chanted the 40-year-old candidate, raising her fist – with a smile.

Colombians elected their first-ever leftist president on Sunday when Gustavo Petro, a former guerrilla, beat a property millionaire in a runoff that marked a seismic shift in the South American country long ruled by conservatives or moderates.

With Marquez as his running mate, Petro signaled not only a political breakdown, but also a social breakdown in a country that has historically denied the existence of racism.

Moreover, Marquez – with his brightly printed fabrics and assertion of his Afro-Colombian roots – has also brought Colombia’s Europeanized elitism into the spotlight, opening up a discussion about racism in a country that identifies overwhelmingly as racially mixed, or Mestizo, sweeping racism under the table.

Marquez’s journey from young black single mother to nation’s vice president is an extraordinary story of courage through thick and thin.

Nothing in Marquez’s past suggests that she would embark on a political career. Born in 1981 in a small village in the southwest region of Cauca in Colombia, she grew up alone with her mother. Pregnant at 16 with her first child, she was first forced to work in a gold mine a few kilometers from her home to support her family and then hired as a maid.

Her environmental activism began early, in 1996, when she was just 15 years old. Marquez learned that a multinational wanted to launch a project to expand a dam on the region’s main river, the Ovejas, which would have a major impact on his community.

Living on the banks of the river since the 17th century, the Afro-Colombian community has practiced agriculture and artisanal mining, its main sources of income, for generations.

A 500 kilometer walk for the environment

The Ovejas River Campaign marked the beginning of Marquez’s long struggle to defend the rights of Afro-Colombian communities and preserve their lands. For 20 years she has fought tirelessly against the multinationals that exploit the area around the Ovejas River and sometimes force people to leave.

Marquez only came to prominence in 2014. At that time, she targeted illegal miners who had settled along the river, digging for gold and above all using abundant mercury, an element that separates gold water but also contaminates water and destroys biodiversity. In protest, Marquez organized a “turban march”, which saw a protest march by 80 women marching from Cauca to Bogota, a 10-day, 500-kilometre journey. The group demonstrated in front of the Interior Ministry for nearly 20 days. In the end, the activists won, as the government pledged to destroy all illegal farms around the Ovejas.

Marquez has since earned a law degree and has organized numerous forums, lectured at universities, and delivered speeches to political figures and NGOs. She received the Goldman Prize, the equivalent of the Nobel Prize for the environment, in 2018 for her efforts. The following year, she appeared on the BBC’s list of the 100 most influential women in the world.

“I am someone who raises his voice to stop the destruction of rivers, forests and moors. I am someone who dreams that one day human beings will change the economic model of death, to make way for the building a model that guarantees life,” she said. stated on its website.

“Our governments have turned their backs on the people”

Marquez finally decided to enter politics in 2020 and did not hide his ambition: “I want to be a candidate for this country. I want the population to be free and dignified. I want our territories to be places to live” , she added. tweeted. That same year, she launched her movement “Soy porque somos” (“I am because we are”). In March 2022, she ran for the presidential primaries of the left-wing coalition “Historical Pact”. Marquez surprised everyone by finishing third, prompting Petro to pick her as his running mate.

She has made the fight for the preservation of Afro-Colombian lands a central part of her political campaign, constantly returning to her roots. “I am an Afro-Colombian woman, a single mother of two who gave birth to her first child when she was 16 and worked in households to pay the bills. But I am also an award-winning environmental activist. And above all, a lawyer who could become the first black vice-president of Colombia,” she said at numerous campaign rallies.

“Our governments have turned their backs on the people, justice and peace,” she added. “If they had done their job properly, I wouldn’t be here.”

“Within the population, there has been a lot of popular anger in recent months directed against the political class, in particular linked to the Covid-19 pandemic”, explained Olga Lucia Gonzalez, associate researcher and specialist in Colombia at the University of Paris-Diderot. “Francia Marquez comes from civil society and not from the traditional political elite. This is an argument on which she plays, and which plays greatly in her favor.”

Marquez’s greatest contribution, according to Gonzalez, was his ability to solve overlooked problems. “But she is above all a woman, black, Afro-Colombian, and she brings with her issues that have been completely forgotten until now, such as the relationship to colonialism, sexism, racism,” she noted.

Marquez was not the only Afro-Colombian candidate in this presidential election – Caterine Ibarguen and Zenaida Martinez also ran in the 2022 elections. Together they said they wanted to fight the double discrimination faced by black women. This discrimination is reflected in Colombian political life: there was only one black woman in the outgoing government and only two in parliament.

This in a country that has the second largest population of African descent in Latin America. Official census data indicates that Afro-Colombians make up more than 6.2% of Colombia’s population, a figure that demographers say is grossly underestimated. Afro-Colombian and indigenous communities continue to face disproportionate levels of poverty, violence and land expropriation. According to the government’s findings, approximately 31% of the Afro-Colombian population lives in poverty, compared to 20% of the national population.

Petro’s victory in the 2022 presidential election catapulted Marquez from a token vice-presidential hope to the highest echelons of real political power. His greatest challenges are probably yet to come.