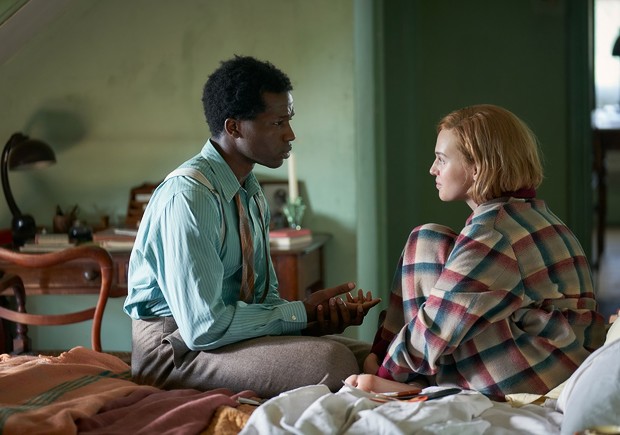 Owhere do the writers come from? Are they born or made? Can the skills of observation be learned and perfected, or does instinct have to reside within you to begin with? These are some of the questions posed by Eva Husson’s intimate but piercing little film. Mothers Day addresses, directly or otherwise. Jane (Odessa Young), a young housekeeper in England in 1924, uses her day off for a secret mission with Paul (Josh O’Connor), a toff from a nearby estate who is engaged to a suitable beauty at the class (Emma D’Arcy). Paul’s house is empty: the servants are on vacation with their mothers; his parents are at a luncheon, at which he too is expected to make an appearance; and his brothers are dead, killed in war. His heart is still heavy, and in bed with Jane he finds respite from his melancholy.

Although Jane cares about Paul, their class differences don’t make her needy or vulnerable. She loves sleeping with him, but she doesn’t rely on him for long-term fulfillment. She has something else in mind: she’s going to become a writer, but it’s not so much an ambition as a desire that lives deep within her. (The much older Jane, the one who turned her experiences into her life’s work, is played by a sharply moving Glenda Jackson.) In one of the film’s most notable scenes, Jane walks by alone, naked and sure of herself, through the big, drafty house, examining the paintings, furniture and books in the library before heading to the kitchen for a meat pie and a bottle of beer – she burps after a good sip of the latter.

Mothers Day– adapted by Alice Birch from Graham Swift’s 2016 novel of the same name – is set in a painful time in British history, when so many people were mourning their lost sons. (Colin Firth and Olivia Colman play such a couple, buttoned up in their grief.) The image is a bit artsy and proper; it could do with less camera movement. But Young gives it a fascinating, flinty grace. Never a victim, Jane continues to move towards what she wants, resilient even in the face of loss. His life is one great exploration, too deep even for the walls of a grand country mansion.

Sign up to learn more about the story, TIME’s weekly entertainment newsletter, to get the context you need for the pop culture you love.