Housekeeper’s workload doubled after employer’s daughter, son-in-law and 3 grandchildren come every day for 3 meals, asks “Is it worth renewing ( contract) or not? 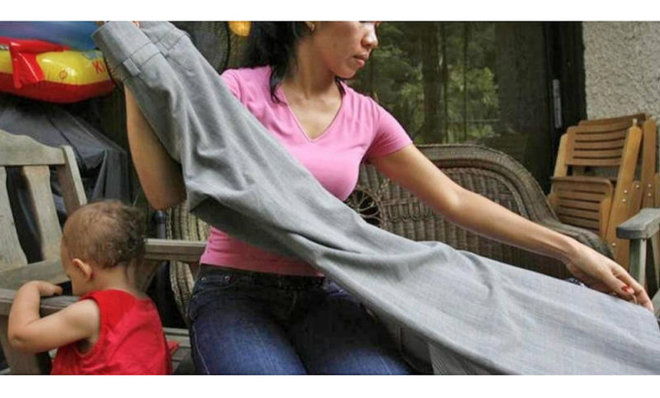 A foreign domestic helper who has more work than she signed up for took to social media to ask if it was worth staying in this household.

The domestic helper, who went by the name Shi E Ra, posted on Facebook that her employer’s eldest daughter’s family would come to the house where she worked almost daily, doubling the work of the helper.

In his post on the Facebook page FDW in Singapore (working conditions forum) on Thursday (May 19), the maid wrote: “My employer has 3 children. The eldest daughter is already married and has 3 children (6 years old, 4 years old and 1 year old) and one last thing is that she is pregnant with their 4th child”.

She added that although her employer’s daughter has her own house, she, her husband and three children are “still in my employer’s house”.

Due to their constant presence, she added that she would often have a lot more work to do, even having her work doubled. “They also come during breakfast, lunch and dinner. I don’t understand why the eldest daughter[‘]I don’t want to hire (sic) a helper on her own when she has many children,” the maid wrote.

The other aides who responded to the message were divided but told her that ultimately it was a choice she had to make.

Here is what they said: In the comments section, the assistant said she had too much work and wrote that she wanted to go back to her home country.

In March, another foreign domestic helper said she had been told she would be caring for a two-year-old boy and was unaware that her employer was already expecting another child.

Then months later, the second child arrived. And it was only then that she was told that she would be expected to look after the newborn at night as well.

In a post on the Facebook page FDW in Singapore (working conditions forum), maid wrote: “It’s 12:27 a.m. and I’m still helping my boss take care of a newborn.”

She had been with her employer for four months. She said that during her interview, she was never told that she would be expected to help with a newborn, or even that her employer was pregnant. In her contract, she said, it was only stated that she had to take care of a two-year-old child.

Housekeeper: When I was hired, the contract stated that I only had a toddler to take care of, but 4 months later, I also have a newborn to take care of. night