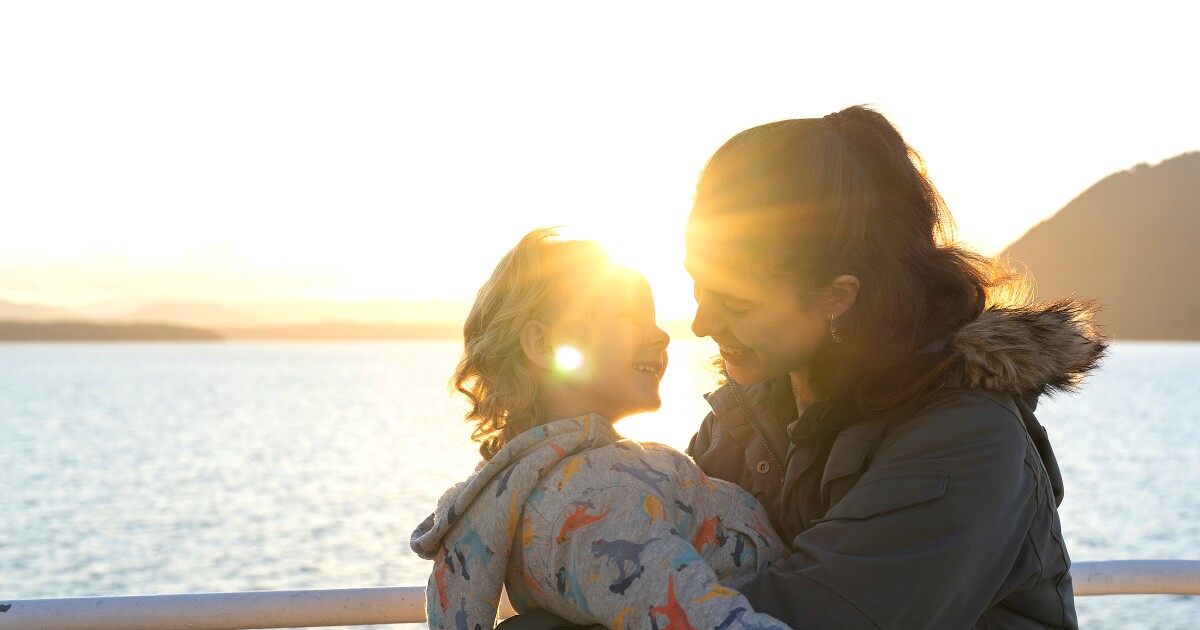 Margaret Qualley’s background doesn’t mirror that of Alex, the determined single mother of Netflix’s limited series “Maid.” In the series, based on the 2019 memoir by Stephanie Land, Alex struggles in a broken government system as she tries to escape an abusive relationship, a young girl in tow. In fact, Qualley’s childhood was the opposite: his mother is actor Andie MacDowell (who also stars in “Maid”); dad is model Paul Qualley. She is a trained ballerina who made her debut at the Bal des Debutantes in Paris. But it’s a testament to her budding talent that she resonates in the role, in a series that has clearly won over many audiences, from all walks of life.

She spoke to The Wrap via Zoom about working with her mother, quitting ballet, and how she argued with a 4-year-old through some truly heartbreaking scenes.

You co-star in “Maid,” with your mother playing your character’s unstable mother. How did all this happen?

It was my idea to choose my mother as my mother. I was already in Canada in quarantine – we shot on Vancouver Island, so I was up there in quarantine – and they hadn’t cast my mother yet. It was one of the first comeback productions of the pandemic, and it was a time when I wondered what mattered to me. I love working and I love my family, and this was a great opportunity to do both things at once.

And the pandemic has brought the importance of this house on a personal level?

It was a reminder that we don’t always have in this world. No one knows how long they’ll be around, and I’ve always wanted to work with my mom. It was a special joker that I kept. And I was like, “F— it, use all the jokers.”

It’s the first time you’ve worked professionally together, but have you ever put on pieces at home or something like that?

Growing up, I had no interest in acting. I was a dancer. I was dancing in front of the TV so people would watch me. My favorite part of going to the movies was when they were rolling the credits, because then I would run to the front of the theater and put on a show while everyone was still in their seats.

It’s your home, not a real movie theater, right?

No, in a real cinema. In front of all these eyes – I’m talking about 8, 9 years. So I loved the theatrical things, but I had never really thought about acting. I was just serious about dancing. Then, when I was 17, I took my first acting class and I was like, “Gosh, I missed something.”

Do you miss dancing?

I went to a boarding school for ballet, and that was the pinnacle of perfection in my mind. And it’s a really quiet culture. A silent, obedient and calm place. But that acting class was messy and steeped in feelings, and I…didn’t give myself permission to have those feelings in life. Once I tasted this, I was like, “My God, yeah.”

In “Maid”, Alex finally escapes to live in Montana – where you were born. Is it just a coincidence?

Your co-star was a 4-year-old playing your daughter (Rylea Nevaeh Whittet), which must have been a particular challenge. How did you make it work with her?

I would spend all day with her. She would be in my arms. She was vegan, so I was vegan just for her, and I had snacks in my backpack and a coloring book on me. I amused him constantly. I wanted her to have a great fourth year of life. Some of the crew were bargains; it felt like everything was supposed to be fun. But the worst thing is that she was terrified of my mother, because the first scene we did with my mother, my mother was screaming. So most of the shots I’m not in, if Rylea is there, I’m laying on the ground or in the back of the car or holding her ankles. She felt safe with me, and that meant the world. It was my mission.

What’s left on your list of projects you want to take on?

I always want to be the opposite of what I just did. If I could do anything, I would love to do a comedy. I like to be really stupid – and I would die working with Adam Sandler. Not that he just does comedy, he does it all – he’s brilliant in every genre.