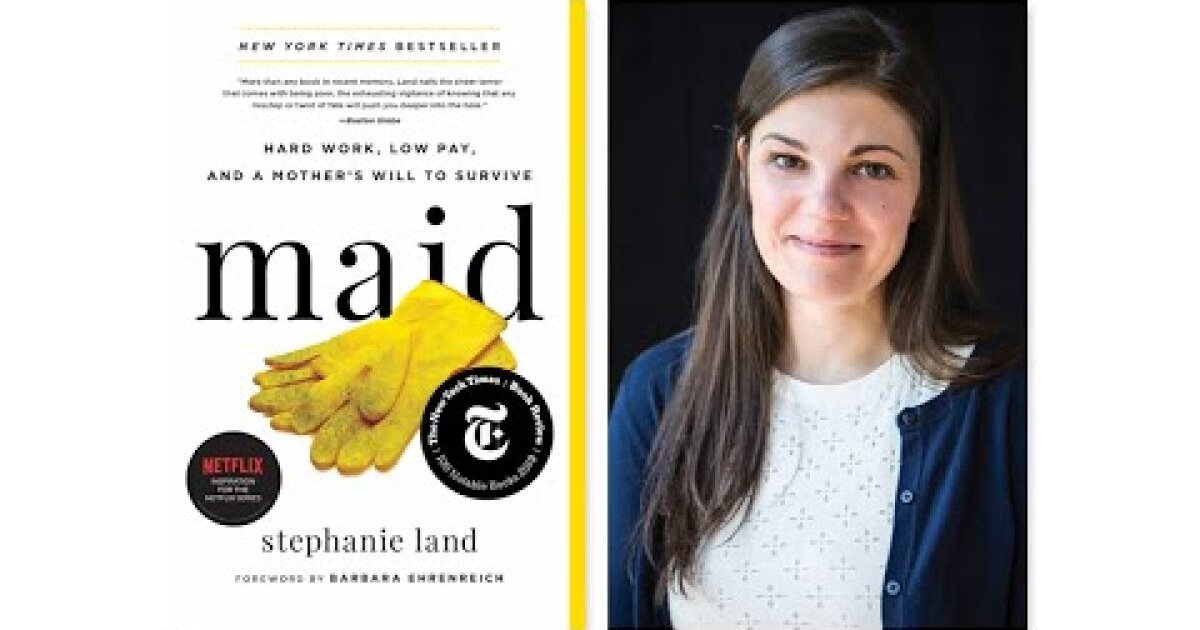 Author Stephanie Land joined the LA Times Book Club on Jan. 25 to discuss her memoir, “Maid: Hard Work, Low Pay and a Mother’s Will to Survive.”

Here are five things to know:

Land grew up in Washington State and Alaska, raised by parents whose families had lived in poverty. When she took her infant daughter and left an abusive relationship, she was thrust into a world where she received just enough help to survive – as long as she obeyed rules that felt like punishment for being poor. The first line of the book: “My daughter learned to walk in a homeless shelter.”

Writing saved her. Land found comfort and success in recounting his daily struggles, before moving to attend the University of Montana. Her essay for a writing class called “Confessions of the Housekeeper” went viral, and Land began writing “Maid” on her kitchen table in Missoula. She graduated in 2014 with a bachelor’s degree in English.

“Maid” was released in January 2019 and became a New York Times bestseller. Former President Barack Obama included “Maid” on his 2019 summer reading list, saying Land’s story offers “an unflinching look at America’s class division” and “a reminder of the dignity of all work”.

The book inspired a 10-part Netflix series. The show debuted in October and stars Margaret Qualley and her real-life mother, Andie MacDowell. Land watched the first two episodes curled up under a blanket with 14-year-old Story (known as Maddy on the show), who turned to Land at one point and said, “We went out, but a lot didn’t.” In ScreenGab’s newsletter, Times TV editor Matt Brennan notes that “Maid” has overtaken Emmy winner “The Queen’s Gambit” as the platform’s most-watched limited series — and an awards contender himself.

Wondering what to read next on these questions? Land’s story is unique, with her candid look at the life of a housekeeper. But millions of Americans face the same daily challenges she describes, struggling to find housing and meet other basic needs. For more on the inequities inherent in our economy and some potential solutions, here are nine more books to read after “Maid.”

Next stop: on February 25, we will meet a legendary naturalist and activist Jane Goodall to learn more about her latest project, “The Book of Hope: A Survival Guide for Trying Times”. Ticket information is coming soon. A recognized chimpanzee expert, anthropologist and UN messenger of peace, Goodall is the subject of the immersive “Becoming Jane” experience at the Natural History Museum of Los Angeles County, and we’ll talk about that too.

Sign up for the LA Times Book Club newsletter to be part of our community book club. We’ll keep you up to date with the latest readings, discussions, giveaways and live events.