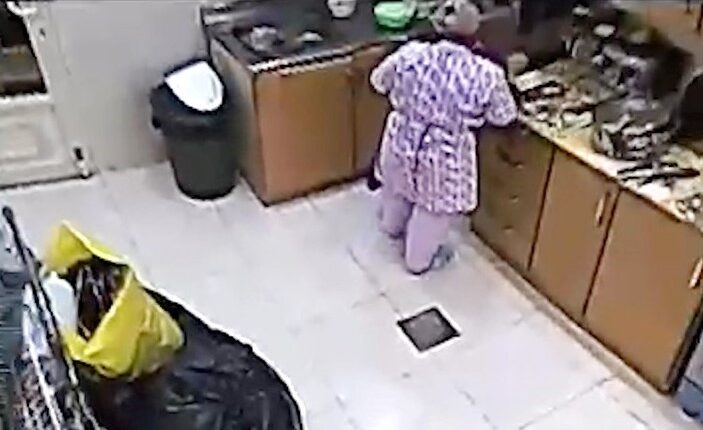 KUWAIT CITY, March 15: An Indian maid working for a Kuwaiti family was arrested for adding dirt to their food. A Kuwaiti citizen accompanied by his maid reported this matter to the security authorities with a video clip to reveal his crime.

The Kuwaiti family used to think that the food prepared by their Indian maid had changed in taste and tasted strange. A surveillance camera was therefore placed in the kitchen without the knowledge of the cleaning lady. Checking the video footage, the family were shocked to find the housekeeper adding liquid waste from a bowl to their food and drink.

After confronting the housekeeper with the video clip, she confessed that she was doing it deliberately to get revenge on the family because she was given a room with a separate toilet located on the roof of the house.

The Director General of the Capital Governorate’s Security Directorate, Major General Abdeen Al-Abidin has signed an expulsion order due to strange behavior that belies the trust that the Kuwaiti family placed in her. Regularly, she added gunk to their food for a year. The security sources said that although the accused could have been charged with the crime of attempted murder inflicting serious harm as sufficient evidence of a video clip was provided, but instead she will be deported from Kuwait. .