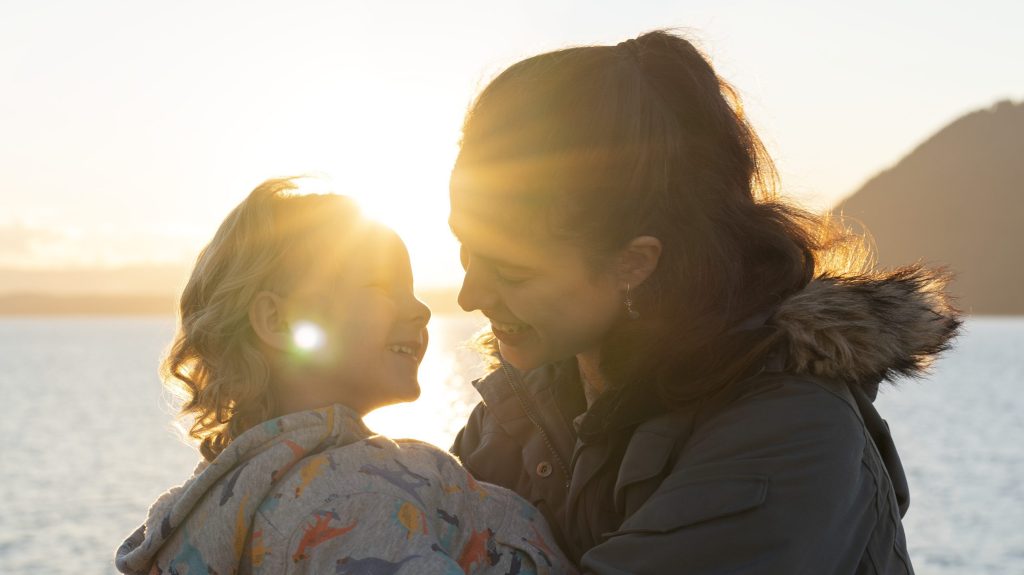 After earning his first solo SAG Award nomination this morning for his turn in Netflix Maid, Margaret Qualley spoke with Deadline about her experience with the series, as well as upcoming roles in Yorgos Lanthimos’ Victorian drama poor things, Claire Denis’ The stars at noon and Zachary Wigon’s thriller Sanctuary, and movie status Fred & Ginger from director Jonathan Entwistle, in which she will play Ginger Rogers opposite Jamie Bell’s Fred Astaire.

While Spider ManTom Holland recently announced he would be headlining his own biopic Astaire for Sony, Qualley is unsure at this stage when. Fred & Ginger could happen. “I don’t know, but I hope it will happen soon,” she said. “I love Jamie Bell so much and I always try to be typecast as a dancer so I can just dance in whatever I do.”

The most recent project of the actress, whose filming has just ended, is that of Denis, whom she describes as “a beautiful and fierce woman”.

In the next three-time Oscar-nominated Lanthimos film poor things, she will star alongside Emma Stone, Willem Dafoe, Mark Ruffalo, Christopher Abbott and Ramy Youssef. Admittedly, she says, she only has a “very small role” in the film, but it was worth accepting, given the opportunity it would offer her to collaborate with one of its directors. favourites. “I’m Yorgos’ biggest fan,” she shares. “I think he’s just the most brilliant filmmaker.”

Then there is Sanctuary, an independent film Qualley shot last summer. “I have nothing to say,” she comments, “apart from Chris [Abbott] is such an amazing actor and I had the best time doing it.

Qualley’s solo SAG nomination for Maid in the Outstanding Performance by a Female Actor in a Television Movie or Limited Series category follows a 2020 joint nomination among the cast of Quentin Tarantino Once Upon a Time in… Hollywood. She will participate in this year’s ceremony with the Easttown Mare duo of Kate Winslet and Jean Smart, as well as Cynthia Erivo (Genie: Aretha) and Jennifer Coolidge (The White Lotus).

Inspired by the memoir of Stephanie Land Maid: Hard Work, Low Pay, and a Mother’s Will to Survive, Maid saw Qualley perform alongside her mother Andie MacDowell, which premiered to critical acclaim in October. In the limited series created for Netflix by Molly Smith Metzler, she plays Alex, a young mother who escapes an abusive relationship and subsequently struggles to support her daughter by getting a job as a cleaner. Her turn has also earned her Golden Globe and Critics’ Choice Award nominations so far, on the heels of her first Emmy nomination in 2019 for her role as dancer and choreographer Ann Reinking on FX’s. Fosse/Verdon.

Qualley says she is “flattered and excited” by today’s recognition. “It’s a really great feeling,” she added, “when people you look up to see you and think you’re fine.”

Highlights from his time with Maid included working with “really amazing, four-year-old” Rylea Nevaeh Whittet, who played her daughter Maddy – and will “always” be in her life “if she’s up for it” – and fulfilling the dream of sharing the screen with her mother, in telling a story that is “so overwhelmingly real, honest and meaningful”.

Qualley feels Maid resonated because “unfortunately” a lot of people relate to his character. “I think a lot of people saw a part of themselves in Alex’s experience or someone they know — their mom, their sister,” she says. “Emotional abuse and domestic violence and the huge systemic flaws in the United States, and the way poverty is overlooked, all of those things are unfortunately incredibly big and prevalent, and I think that’s why.”

The SAG Awards are currently scheduled to take place on February 27.