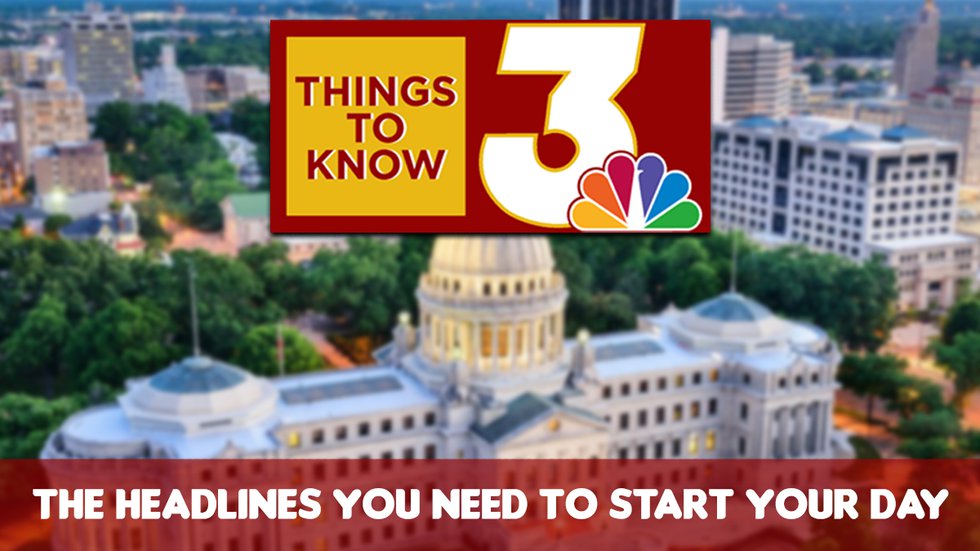 JACKSON, Miss. (WLBT) – If you missed some of the most important titles and need to catch up, no worries. WLBT has collected some of the best stories from our website to bring you up to date.

A man died after a fatal shooting during a party Saturday night at the Presley Banquet and Event Center in McComb. Frankiuon Bates, 26, of Magnolia was killed and pronounced dead at the scene early Sunday morning, according to Pike County Coroner Wally Jones. Jones also said two people were injured but were released from hospital before the crime scene was cleared. The names of these people have not been released at this time. Jones believes multiple shooters were involved, as he personally counted at least 50 casings.

Southaven Police are investigating after a newborn baby was found abandoned on the porch of a residence on Thursday. Officers say the newborn was found dead and have asked for the public’s help in identifying the mother as they are concerned for her health and well-being. Police have not released any information about how the newborn ended up on someone’s porch. Additionally, police have not released any information about a specific address or neighborhood where the child was found. Brittney Ragin, clinical coordinator of Agape Child and Family Services, talks about the area’s safe haven laws, which provide options if a parent seeks to hand over a child.

Florida Governor Ron DeSantis on Monday signed a bill banning the teaching of sexual orientation and gender identity in kindergarten through third grade, a policy that has sparked intense national scrutiny of the from critics who say it marginalizes LGBTQ people. The legislation has pushed Florida and DeSantis, an ascendant Republican and potential 2024 presidential candidate, to the forefront of the nation’s culture wars. LGBTQ advocates, students, Democrats, the entertainment industry and the White House dubbed the measure the “Don’t Say Gay” law. DeSantis and other Republicans have repeatedly said the measure is reasonable and that parents, not teachers, should bring up topics of sexual orientation and gender identity with their children. The law took effect just days after DeSantis signed a separate bill that potentially restricts the books elementary schools can keep in their libraries or use for instruction.