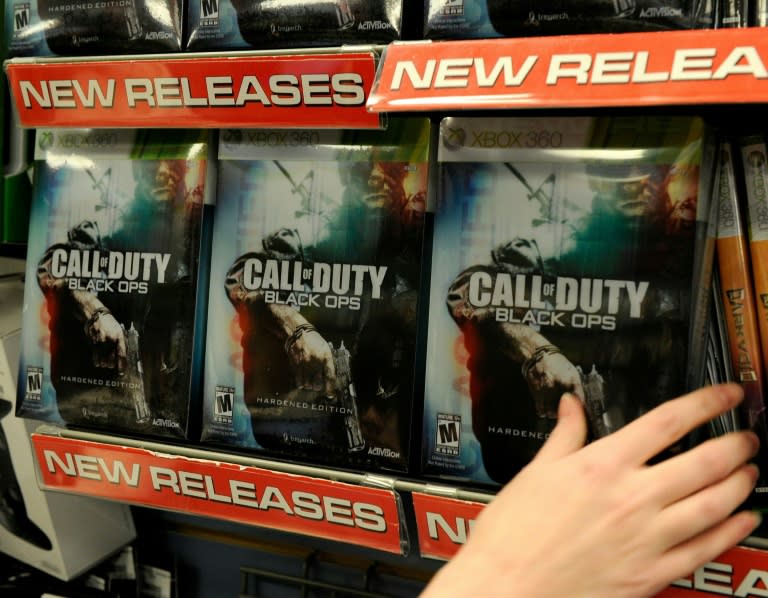 Microsoft on Tuesday unveiled its ambitious plans to buy US video game powerhouse Activision Blizzard, a record-breaking acquisition in the games business.

The merger, which is expected to close next year, would beef up Microsoft’s muscles in the booming games market while playing to its strengths in software and cloud computing.

Here are the key things to know:

The merger with Activision will make Microsoft the third-largest games company by revenue, behind Tencent and Sony, analysts said.

China-based Tencent is a major player in the Asian market and invests in game studios outside of its home country.

Tencent owns Riot Games, creator of the battle royale hit “League of Legends,” and has stakes in French gaming star Ubisoft as well as Activision itself.

Japanese consumer electronics colossus Sony is increasingly relying on its PlayStation consoles and games to generate revenue, as Sony studios create titles to play on its hardware.

Microsoft, meanwhile, has expanded its stable of game studios by investing in Xbox consoles as well as the trend of games being streamed directly from the cloud.

“To borrow corporate lingo, Microsoft’s goal is to enable people to play games anytime, anywhere, and with anyone,” said Baird analyst Colin Sebastian. Equity Research, in a note to investors.

The hot buzz of a future in which people live, work and play in an immersive virtual realm called the “metaverse” is seen as a natural evolution of video games.

Gaming platforms Roblox, Minecraft, and Fortnite have created universes where gaming is just one dimension among many.

“There’s a whole generation growing up where their social connection to the world is through video games,” Microsoft games unit chief Phil Spencer told The New York Times, referring to young people who meet online after school.

For Microsoft, investing in games therefore allows it to position itself on the future of the Internet in general.

“Gaming is the fastest growing and most exciting entertainment category on any platform today and will play a key role in the development of metaverse platforms,” ​​Microsoft boss Satya Nadella said in his statement on the ‘OK.

A merger would put Activision’s concerns over its treatment of women in the workplace at the feet of Microsoft’s head of gaming, Spencer.

Activision has faced official scrutiny, legal action and employee outrage over accusations that female employees are being harassed and discriminated against at the predominantly male company.

Spencer said in an interview with The Times that the company learned from its own mistakes, including having female dancers at a game developer conference six years ago.

“It was a painful moment in our Xbox history,” he said. “I believe we are stronger now because of this event, not that I would choose to repeat this event if I had that choice.”

An acquisition of Activision could help Microsoft address its weaknesses in mobile gaming and esports.

“Following the acquisition, Microsoft will gain a dominant position in esports, a growing theme where it has struggled to establish itself in the past,” said GlobalData principal analyst Rupantar Guha.

“Additionally, Activision is a leader in mobile gaming with plans to release more mobile titles in the future.”

Activision’s lineup of games includes “World of Warcraft” as well as the color-matched mobile hit “Candy Crush” and esports-focused “Overwatch.”