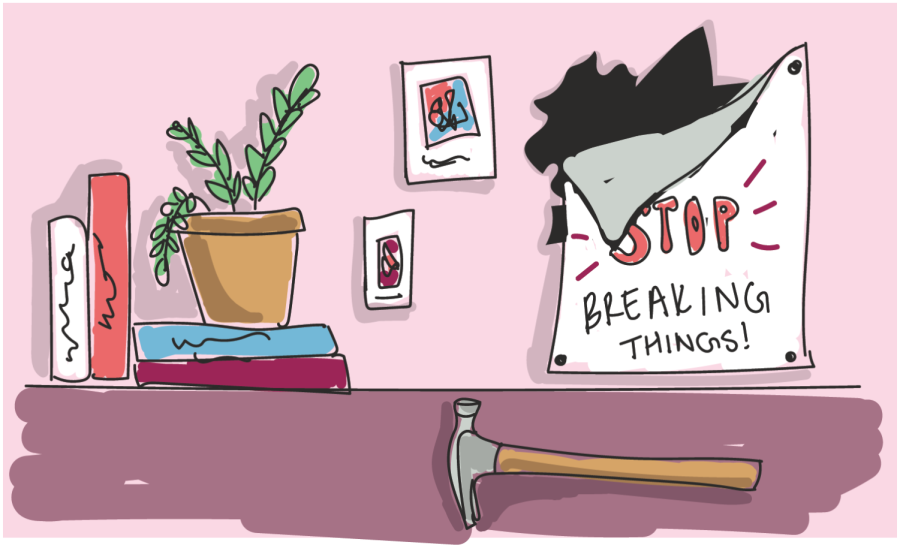 Editor’s note: All content in the opinion section reflects the views of the individual author only and does not represent a position taken by The Collegian or its editorial board.

On April 8, students at Colorado State University received an email from Housing and Food Services informing us of the extent of damage we caused to residential facilities: $60,000. With approximately 150 reported incidents of this damage, that’s $400 per incident.

The email states that the insane amount of damage is “probably due to only a few who are not doing their part in upholding community principles, and they are impacting everyone in our residential community – residents as well as the staff”.

For those who don’t read any signs on campus and need a reminder, the principles of community are inclusion, integrity, respect, service, and social justice. Note that the Community Principles do not include the value of expressing your feelings about campus services.

We pay a lot of money to go here, but that doesn’t justify ruining community resources. We have not yet reached the stage of civilization where robots clean everything for us. Real people – often our own classmates – clean up the mess we make, and I bet they’d really appreciate it if we made less of a mess.

“Our staff had to devote more energy than ever to unplanned, high-intensity tasks like supporting residents during bias incidents as well as cleaning up and repairing physical destruction,” the email reads. .

“Passersby are always partly to blame for bad things that happen, so if you see someone vandalizing, try to stop them or report them to residential staff. We need to create a community where vandalism is not tolerated.

I understand this is the first time most students have left home and want to exercise your freedom, but it’s still college. We are mainly here to study and learn. Have a little class and self-control.

One person’s act of vandalism might not be a ton of damage, but when it adds up, we start losing privileges. The email reads: “We are…about to have to close some common areas that students frequent, such as some study lounges, due to the continued destruction of space.”

In addition to refraining from vandalizing each other, we should encourage each other not to. Passers-by are always partially responsible for bad things that happen, so if you see someone vandalizing, try to stop them or report them to the residence staff. We need to create a community where vandalism is not tolerated.

If you feel the urge to vandalize deep in your soul, visit a Rage Room. For the modest sum of $30 (much less than $400), you can buy 20 minutes of destruction at Shattered Hall of Ragea local gem located at 101 E. Stuart St. If you run with a particularly dire crowd, you can buy a group pass and smash things with your best friends.

If you don’t have $30 to spend and can’t afford a rage room session or normal therapy, try meditation — or if that’s not your vibe, hit a pillow. It’s all good as long as you don’t destroy school and community property.

It would also be nice if people stopped setting off car alarms in the middle of the night, but I guess I can’t be too picky.