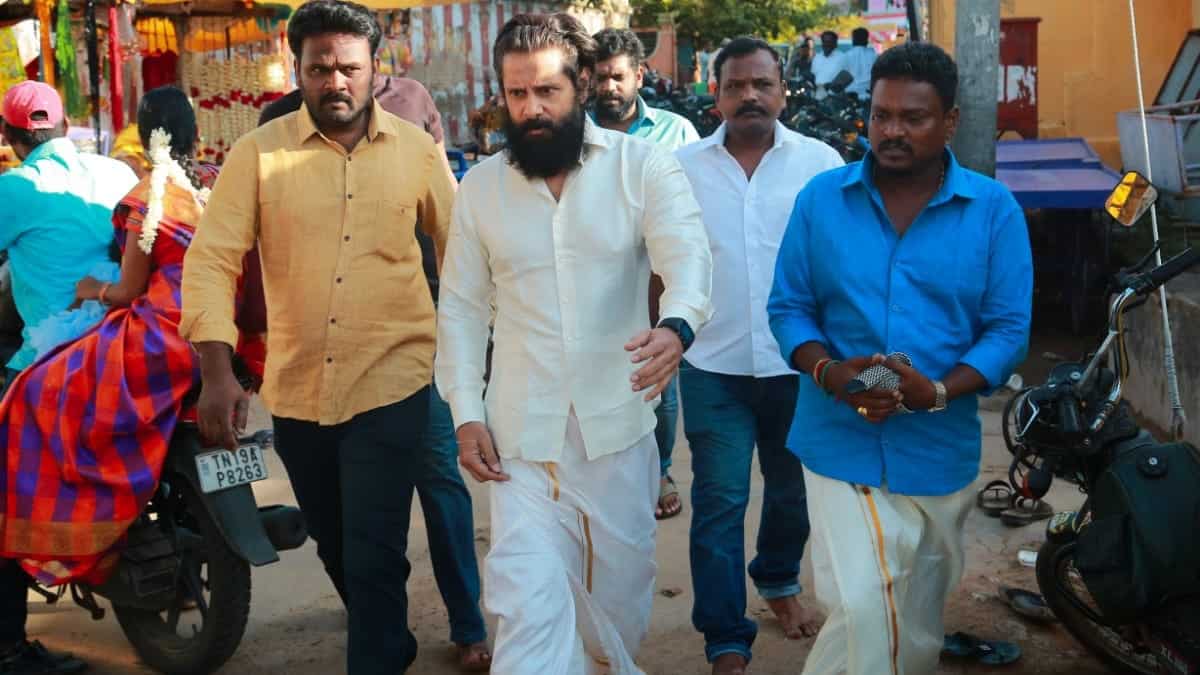 Those who had gathered recently at the wedding of Chiyaan Vikram’s housekeeper’s son had a surprise in store. Because Chiyaan Vikram himself entered the mandapam in style and blessed the couple. Mary has been Vikram’s housekeeper for the past four decades. Her son Deepak recently married Varshini at a temple in Chennai. Vikram, who arrived at the scene in a traditional veshti-sattai, walked straight into the crowded temple, blessed the thali (mangalsutra) and showered his blessings on the young couple. Later, the couple fell at her feet and received her blessings as well. Those who weren’t expecting Vikram’s arrival were pleasantly surprised and rushed to catch a glimpse of the actor.

In the meantime, Vikram awaits the release of Mani Ratnam’s Ponniyin Selvan. The film, which is an adaptation of Kalki’s popular novel of the same name, has Vikram playing Chola Crown Prince Aditha Karikalan. The featured cast includes Karthi as Vanthiyathevan, Jayam Ravi as Arunmozhivarman, Trisha as Kundavai, and Aishwarya Rai Bachchan as Nandini. The film, which will be released in five languages, Tamil, Telugu, Kannada, Malayalam and Hindi, will hit the screens on September 30. We learn that the team has planned a promotional tour before the release.

Vikram will soon begin shooting Pa Ranjith’s next film, which is set in pre-independence times against the backdrop of the Kolar gold mines. The actor will wear long hair for his look. Pre-production work is underway, and Pa Ranjith recently said the film will revolve around a community that has longed for respect. A lot of expectations are pinned on the film, since Vikram’s last outing, Cobra failed to create ripples at the box office. Vikram had played a mathematician who also doubles as an assassin. The film was directed by Ajay Gnanamuthu and Vikram had several looks. Following Ranjith’s film, Vikram will once again team up with Ajay Gnanamuthu for his upcoming one.