The maid pours Harpic into the eyes of the old woman; robbery with seven-year-old daughter, steals gold worth lakhs – INDIA – GENERAL 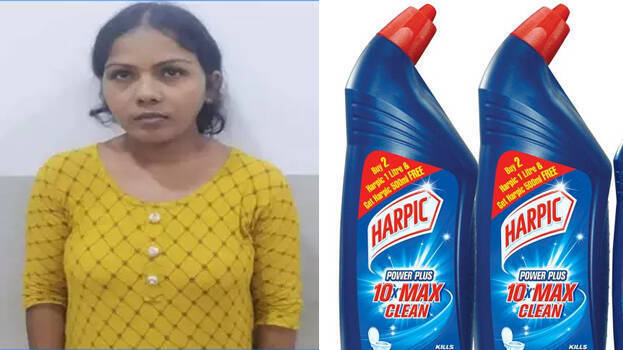 HYDERABAD: Police arrested a maid, who robbed an old woman after pouring Harpic in her eyes. The shocking incident took place at the Nacharam complex in Secunderabad. Hemvati, a 73-year-old woman living alone, was the victim of her maid’s cruelty. Money and gold were stolen from the house.

Hemvati’s son lives in London. He had assigned Bhargavi, 32, to take care of his mother. Thereafter, Bhargavi started living in Hemvati’s apartment with her seven-year-old daughter. Bhargavi, who realized that there were valuables in the apartment, waited for an opportunity to steal them. Recently, Hemvati asked Bhargavi to give her eye medicine as her eyes were itchy. Finding an opportunity, she mixed Harpic bathroom cleaner with Zandu balm in water and poured it into the woman’s eyes. Soon the woman developed an eye infection. Bhargavi continued pouring the Harpic liquid into Hemvati’s eyes, presenting it as a cure.

As her eyesight began to fail, Hemvati informed her son. Soon he rushed her to the hospital, but the reason for the infection and poor eyesight could not be determined. She was then transferred to another hospital for a detailed examination. There, the doctors said the cause of the blindness was the spilling of a poisonous solution into the eyes. The woman told her son that the maid was pouring medicine in his eyes. After that, the family suspected Bhargavi and filed a complaint with the police. Questioned by the police, she confessed everything.

Bhargavi confessed to police that she stole Rs 40,000, several gold bracelets and a gold necklace from the house. The police did not entirely believe his statement. The investigation continues to find out if she had an accomplice.