The Queen was descended from Egbert, King of Wessex and had a maid called Bobo 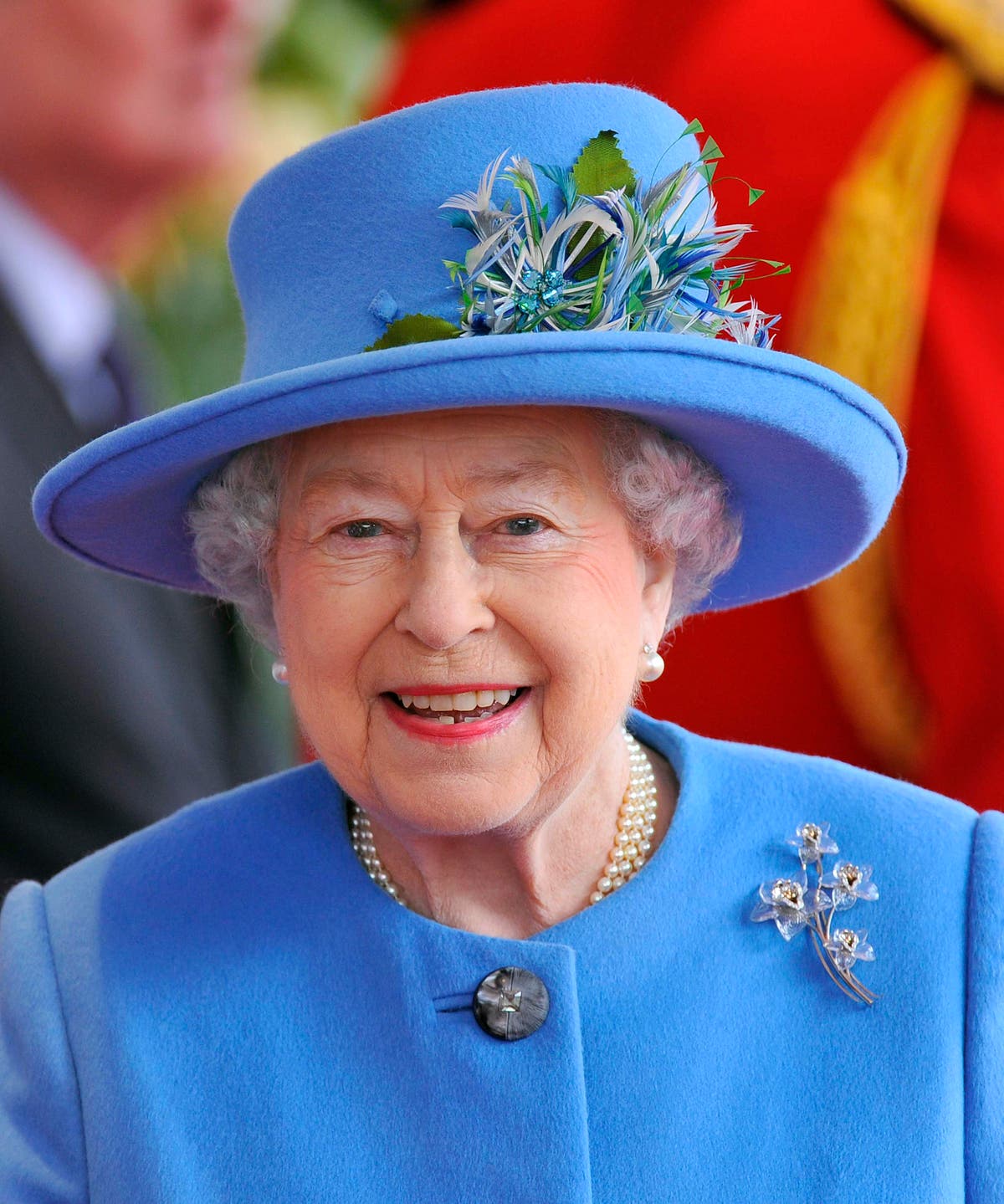 From the name of her nanny to how she served in World War II, here are 70 facts about the Queen, who was the longest-serving monarch in British history.

2. She was born at 17 Bruton Street, the Mayfair home of her mother’s parents, the Earl and Countess of Strathmore.

3. She arrived by caesarean section.

5. The Queen was the great-great-granddaughter of Queen Victoria, the last female sovereign.

7. Aged five weeks, she was baptized in the chapel of Buckingham Palace.

8. His early years were spent at 145 Piccadilly, his parents’ London home, White Lodge in Richmond Park and the country homes of his grandparents, King George V and Queen Mary.

9. She was born third in line to the throne after Edward, Prince of Wales, later Edward VIII, who was to abdicate, and her father, the Duke of York, who became King George VI.

10. Windsor is where she had her own little house, Y Bwthyn Bach (the little cottage), given to her by the people of Wales in 1932.

11. His nanny was Clara Knight, known as “Allah” and formerly his mother’s nanny. His nursery nurse was Margaret MacDonald, nicknamed “Bobo”.

12. In 1933, Marion Crawford, known as “Crawfie”, was hired as Princess Elizabeth’s first governess and began a regular schedule of lessons.

13. Princess Elizabeth was homeschooled with Princess Margaret, her younger sister.

14. The family moved into Buckingham Palace on February 15, 1937, and Princess Elizabeth attended her parents’ coronation as King George VI and Queen Elizabeth at Westminster Abbey on May 12.

16. She spent most of the war years at Windsor Castle and made her first radio broadcast on October 13, 1940, aged 14, on Children’s Hour.

17. The Regency Act 1937 provided that the Princess could reign as Queen without a Regent if she acceded to the throne after the age of 18.

20. In April 1943, Princess Elizabeth made her first solo public engagement, when she spent a day with a Grenadier Guards tank battalion in Southern Command.

21. Shortly after her 18th birthday in 1944, she was appointed State Counselor during the King’s absence on a tour of the Italian battlefields and, for the first time, performed some of the duties of chief of State.

22. In 1939, the Princess had her first publicized encounter with her third cousin, Prince Philip of Greece at the Royal Naval College, Dartmouth.

23. Philip, an 18-year-old sea cadet, caught her eye as he entertained her by jumping over tennis nets.

24. In 1944, it was clear that she was in love with him. While Philippe was at sea, the princess kept a picture of him in her room,

25. She later replaced the photo of a clean-shaven Philip with one of them sporting a big beard to keep him from being recognized and to stop any gossip about their relationship.

26. Aged 19, she undertook National Service, joining Auxiliary Territorial Service on 24 February 1945, and was registered as No. 230873 Second Subaltern Elizabeth Windsor.

28. She was the first heiress to the throne to celebrate her 21st birthday in a Commonwealth country when, on April 21, 1947, she made the now famous radio broadcast from Cape Town in South Africa during her first official visit to the Commonwealth. stranger and declared his whole life would be “devoted to your service”.

29. Upon her return, Princess Elizabeth’s engagement to Prince Philip was announced on July 10, 1947.

20. Elizabeth could have married Philip when she was 17 – the age of her first formal application to be considered a suitor – but her parents thought she was too young.

32. It was made by jewelers Philip Antrobus Ltd from the diamonds of a tiara belonging to her mother Princess Alice of Greece.

33. She was made Lady of the Garter by George VI shortly before her wedding at Westminster Abbey on November 20, 1947.

34. Princess Elizabeth started her wedding day with a cup of tea, while the Duke reportedly dined on a gin and tonic before heading to the ceremony.

35. She did her makeup on her wedding morning.

36. Her Queen Mary Fringe tiara broke just before the Princess left for the Abbey and had to be repaired by the court jeweller.

38. The royal newlyweds lived at Buckingham Palace until renovations to their new London home, Clarence House, were completed in July 1949.

40. In October 1949, the Duke of Edinburgh, a naval officer, was posted to HMS Checkers in Malta and Elizabeth became a ‘navy bride’, dividing her time between the Mediterranean and Britain.

41. From 1948, George VI’s health deteriorated and Princess Elizabeth deputized for him on several occasions.

42. In 1951 she took the salute at the Trooping the Color ceremony and the following year set off on a Commonwealth tour in place of the King.

43. Early in the morning of February 6, 1952, the king died in his sleep and Elizabeth became queen.

44. The news was passed to her at Sagana Lodge, Kenya – the tour was immediately canceled and she returned home on February 7.

45. His grandmother, Queen Mary, was the first to pay him a formal tribute by kissing his hand that afternoon.

46. ​​Elizabeth was formally proclaimed Queen at a Council of Accession on February 8, 1952 and was crowned at Westminster Abbey on June 2, 1953.

47. She was the 40th monarch since William the Conqueror, who seized the crown in 1066.

48. In 1977 the Queen celebrated her Silver Jubilee – 25 years on the throne – and she traveled some 56,000 miles across the country to mark the occasion.

49. She also became a grandmother in 1977 when the Princess Royal gave birth to a son.

50. She had eight grandchildren – Peter Phillips and Zara Tindall, the Duke of Cambridge and the Duke of Sussex, Princess Beatrice and Princess Eugenie, Lady Louise Windsor and Viscount Severn.

52. In 1992, the Queen was distraught when a fire broke out at Windsor Castle, causing severe damage to the historic palace.

53. Diana, Princess of Wales, was killed in a car accident in Paris in August 1997. The Queen and the Royal Family faced mounting criticism when they were accused of being emotionless and not speak quickly to the nation.

54. On November 20, 1997, the Queen and the Duke of Edinburgh celebrated their golden wedding anniversary.

55. In 2002, the Queen lost her 101-year-old mother and sister, Princess Margaret, within weeks of each other.

56. It was also the year of his Golden Jubilee, but the celebrations continued and the event was a resounding success, with over a million people turning out to party in the streets of London.

57. Her eldest son, Charles, married his former mistress, Camilla Parker Bowles, in April 2005, but the Queen did not attend their civil ceremony, preferring to attend the religious blessing afterwards.

58. In 2007, the Queen and Philip celebrated their diamond wedding anniversary.

59. In 2010, the monarch became a great-grandmother for the first time when Peter and Autumn Phillips’ daughter Savannah was born.

62. In 2013, she was introduced to her great-grandson, Prince George of Cambridge – William and Kate’s first child. It was the first time in almost 120 years that a still-serving monarch had met a great-grandchild born in direct succession to the crown.

64. The Queen became the first monarch to celebrate her Sapphire Jubilee in 2017 when she reached 65 years on the throne.

65. In November 2017, the Queen and Philip celebrated their platinum anniversary – 70 years of marriage.

66. The Queen loved horse racing but she didn’t bet on the results.

67. She woke up every morning to the sound of her personal piper and could tell if someone different from her regular piper was playing.

68. Before each State banquet, the Queen personally inspected the large horseshoe-shaped table laden with historic dinner services in Buckingham Palace’s ballroom to ensure it was perfect for her guests.

69. The Queen and her family enjoyed playing games in the evenings at Balmoral – including the so-called post-it note game where they wrote famous names on pieces of paper, pulled them from a hat, stuck them on their forehead to try to guess who it is.

70. She didn’t have or need a passport as British passports were issued in her name