Things you might not know about Camilla, the country’s new queen consort 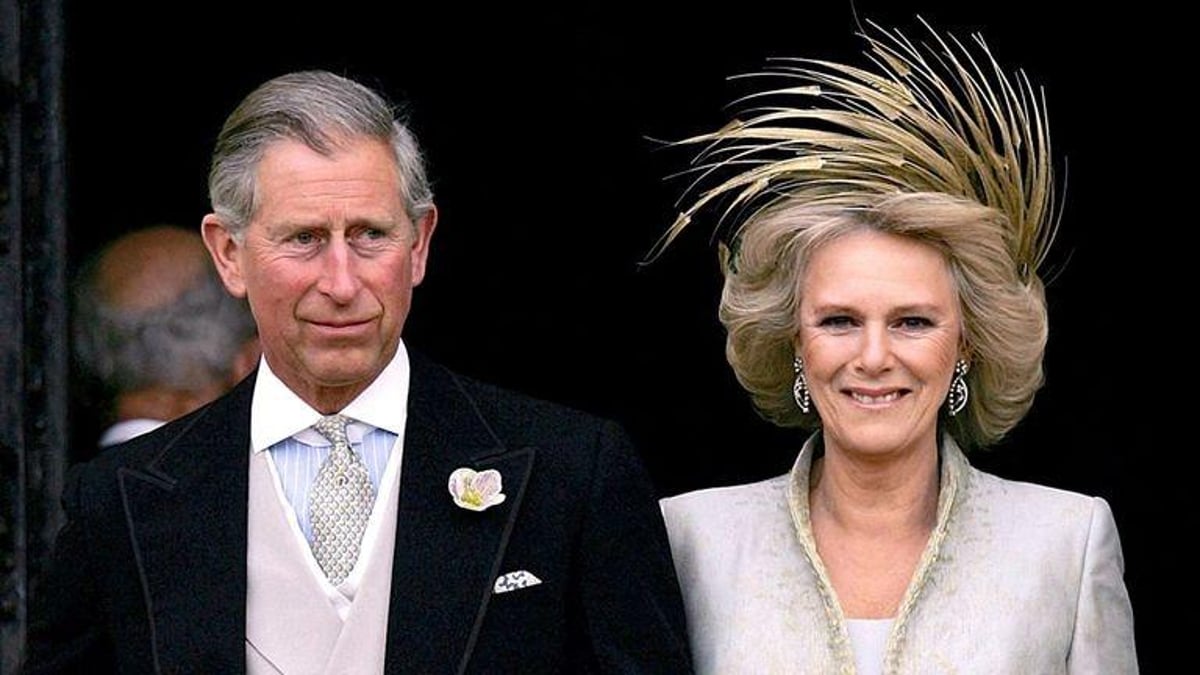 The Queen asked about the title of Camilla at rest in February, on the eve of the 70th anniversary of her reign. In a statement, Queen Elizabeth II then announced that it was her “deepest wish that, when the time comes, Camilla will be known as Queen Consort as she continues her own loyal service”. It was the first time the Queen had acknowledged Camilla’s role in the monarchy in this way.

This essentially ended years of debate over whether Camilla would get the title or if she would be given a lesser title of princess consort to appease those who were still upset about her role in the breakdown of Charles and Diana’s marriage to about which the British public had been enormously candid.

So here are a few things you might not know about the former Duchess of Cornwall.

The new Queen consort, Camilla, on her wedding day to King Charles III in 2005 after a civil ceremony

She grew up in a loving home in Sussex

Camilla Rosemary Shand was born at King’s College Hospital in London on July 17, 1947.

She grew up in The Laines – an 18th-century country house in Plumpton, East Sussex – and a three-storey house in South Kensington, her family’s second home.

She has a younger sister, Annabel Elliot, and a younger brother, Mark Shand.

One of her maternal great-grandmothers, Alice Keppel, was King Edward VII’s mistress from 1898 to 1910.

On November 1, 1947, Camilla was baptized at Firle Church, East Sussex.

Camilla’s mother was a homemaker, while her father had various business interests after retiring from the military. He was notably a partner in Block, Gray and Block, a business of wine merchants in South Audley Street, Mayfair, later joining Ellis, Son and Vidler of Hastings and London.

During her childhood, Camilla became an avid reader thanks to the influence of her father, who read to her frequently. She grew up with dogs and cats and, at a very young age, learned to ride a pony by joining Pony Club camps, earning rosettes in community gymkhanas.

According to her, childhood “was perfect in every way”.

Biographer Gyles Brandreth said: “Camilla is often described as having had an ‘Enid Blyton-type childhood’. In fact, it was much grander than that. Camilla, as a little girl, may have had certain traits of personality of George, the tomboy girl among the Famous Five, but Enid Blyton’s children were basically middle class kids and the Shands were definitely upper class. help – help around the house, help with the garden, help with children. They were of the nobility. They opened their garden for the summer party of the local Conservative Party association.

She was previously married to a cavalry officer named Andrew

Many people may not remember that Camilla was married once before to Household Cavalry Officer Andrew Parker Bowles.

By this point, in the early 1970s, Camilla had already been introduced to a young King Charles III. However, Charles was still in the navy and would spend months overseas on deployments. Meanwhile, Bowles proposed to Camilla and she accepted.

While married to Bowles, Camilla had two children, Tom and Laura. At this point, Camilla was still very involved in Charles’ life and even asked him to be godfather to her first child, Tom.

Camilla and Charles continued to spend time together and were often photographed together. This was even after Charles met and proposed to Diana Spencer in 1981.

Diana’s struggle with Camilla’s relationship with Charles was very evident and the former Princess of Wales has unapologetically asserted in interviews, including during the explosively honest TV exchange she had with journalist Martin Bashir, that she (Camilla) was the third person in the marriage.

Eventually, Charles and Diana divorced in 1996 while Camilla divorced Bowles earlier in 1995.

At this point, resentment towards Camilla was at an all-time high and public hostility was palpable. However, despite this, Camilla opted to stand by Charles and the pair officially began dating, ignoring tabloid gossip and public annoyance.

Their public unity only hardened after the death of Diana in 1997, which paralyzed the nation in its overflow of passionate mourning. However, Charles was determined to keep Camilla in his life and very intentionally started bringing her back into the public eye.

In 2005, the couple married in a small ceremony at Windsor Guildhall.

While the discontent around Camilla has never fully evaporated, she has positioned herself as a key member of the Royal Family and is present at all important functions.

She is passionate about multiple causes

Despite all the scandal that surrounded Camilla, she never allowed herself to be seen simply as the wife of King Charles III. On the contrary, she is passionate about many causes and actively raises awareness about them.

Since 1994, Camilla has been campaigning to raise awareness about osteoporosis, a disease that hit her mother and grandmother hard and earned her several accolades and awards. She also raised awareness of issues such as rape, sexual abuse, literacy, animal welfare and poverty.

She has five grandchildren

Like King Charles III, Camilla is also a grandparent, with five grandchildren of her own.

Her son, Tom, has two children, Lola and Freddy, while her daughter has three children, Eliza, Gus and Louis. Eliza was even a bridesmaid at Kate Middleton’s wedding to Prince William in 2011, when she was four years old.

Funeral of Queen Elizabeth II – Here’s how, at what time and on which channel…