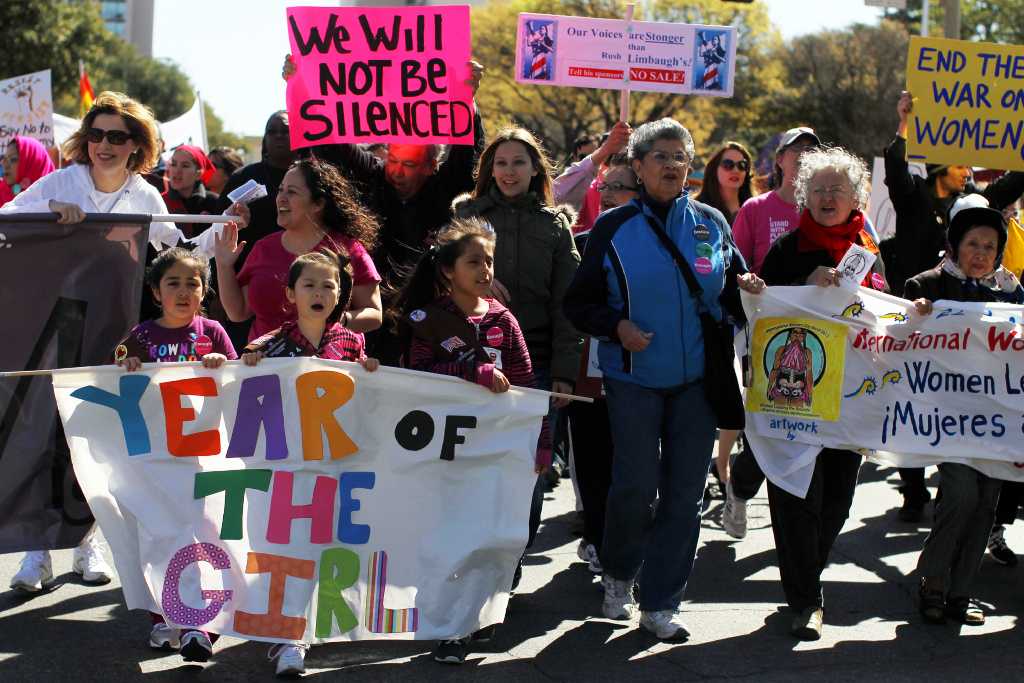 The San Antonio International Women’s Day March and Rally or (SAIWD) returns this Saturday after a two-year hiatus due to the COVID-19 pandemic.

This year marks their 32nd annual walk. It will take place in Travis Park at 10 a.m. Organized by several local, non-profit and community organizations, the event calls for the liberation of women and denounces local and global oppression and injustice.

The event is free and open to the public.

On Expressnews.com: Yelp lists The Jerk Shack as a women-owned business to watch this year

Here are three facts to know about walking.

This year’s slogan is “¡No nos moverán! We will not be moved!”

This phrase comes from a song whose first translation into Spanish dates back to 1938, when activist Emma Tenayuca and other pecan shellers in San Antonio were brutally arrested and imprisoned after marching for better pay and conditions. safe working conditions, march organizers said in a press release. . =

The slogan “honors the legacy” of struggles for workers’ rights here and around the world, and it honors “the self-determination of communities in Latin America, Spain and beyond”, organizers said.

It is the oldest annual walk in San Antonio.

This Saturday marks the 32nd year of the march in San Antonio. That makes it the oldest organized march in the city not commissioned by the city of San Antonio, march organizers said. Local nonprofits and grassroots organizations are collaborating in the march, including the Young Democrats of Bexar County, the Esperanza Center for Peace and Justice, and the San Antonio Chapter of the Party for Socialism and Liberation.

The rally denounces all injustices and oppressions

Her goals for grassroots women’s liberation include involvement in movements protecting women, trans youth, communities of color, the poor, and Mother Earth, according to the press release. The march calls for a ban on abortion and other restrictive laws regarding women’s health care, and demands that health care, housing, education, migration and nutrition be rights humans.

Furthermore, it denounces “oppression and corrupt institutions, and points out the sites where corporate profit machines are housed while people languish in poor housing and lack of housing”.